The company announced that it will buy back the remaining shares if no buyer is found on the market. 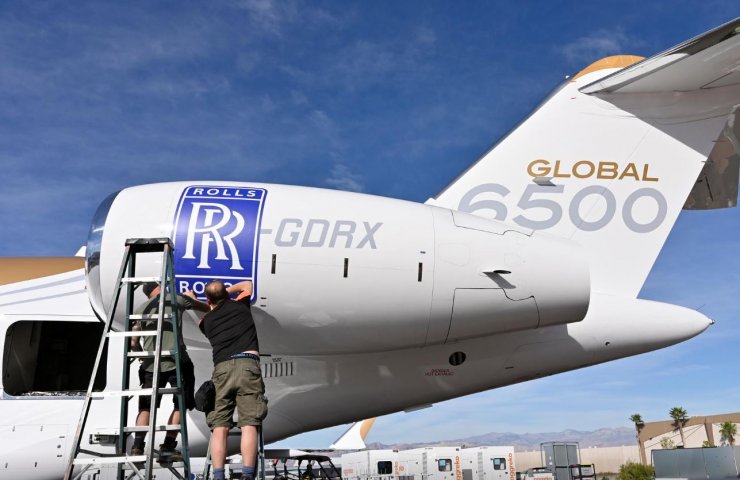 British engineering firm Rolls-Royce has successfully placed 94% of the new shares it has issued as part of a £ 2bn (approximately $ 2.64bn) borrowing rights issue aimed at supporting the company's balance sheet hit by the pandemic.

Airlines pay Rolls-Royce based on how many hours their engines fly, and the company's finances have come under a lot of pressure after borders were closed and most flights were canceled.

The increase in equity capital opens up new opportunities for borrowing, following the placement in October of 2 billion pounds of bonds and a bank loan of 1 billion pounds, as part of a total liquidity package of 5 billion pounds.

Rolls-Royce said that underwriting banks will now try to attract subscribers to the remaining shares, but, if unsuccessful, agreed to subscribe themselves.

Rolls-Royce CEO Warren East says the company could survive COVID-19 with a new liquidity package, given £ 1.3 billion in cost cuts, including the layoff of 9,000 workers and the closure of a number of factories. >

Recommended:
Azerbaijani metallurgists send 100 tons of liquid oxygen to Georgia for hospitals
Metinvest closes its first securitization deal
The European Commission announced the reduction of industrial emissions by 2% to 30-year low
On this topic
Rolls-Royce intends to raise three billion pounds so as not to go bankrupt
Rolls-Royce says demand for luxury cars is recovering
An emergency summit of EU on rescue of economy of the unit can be finished to no avail
Rolls-Royce has confirmed a reduction of 3,000 jobs in the UK
Japan called virus crisis "the biggest since the second world war"
Rolls-Royce will begin to produce household mini nuclear reactors by 2029
Add a comment
Сomments (0)
News Analytics
Asteroid Ryugu capsule lands successfully in Australia05-12-2020, 22:30
British space experiment will bring commercial extraction of minerals on the05-12-2020, 21:21
France to build 1 GW offshore wind farm in Normandy05-12-2020, 20:24
Akademik Chersky arrives at the Nord Stream 2 pipe-laying site05-12-2020, 12:17
18 people die after carbon monoxide leak in China coal mine05-12-2020, 11:00
European Union scrap collectors worried about possible export restrictions18-11-2020, 10:41
Occupational diseases of workers in the extractive industry: types and ways to16-11-2020, 17:49
Eurofer expects recovery in EU steel demand05-11-2020, 09:47
Hot rolled carbon steel demand will continue to grow by 4% pa until 203004-11-2020, 16:14
Platts Steel Trade Review: China Will Decide Asia's Fate30-10-2020, 10:04
Sign in with: