Azerbaijan announced the start of commercial gas supplies to Europe

Azerbaijan will supply more than 10 billion cubic meters of gas to Europe annually for 25 years. 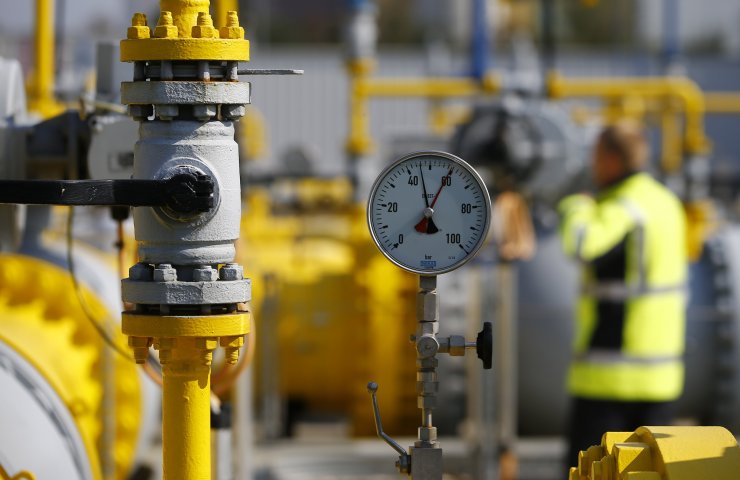 The Ministry of Energy of Azerbaijan has announced the start of commercial supplies of Azerbaijani gas via the Trans-Adriatic Gas Pipeline (TAP).

The department notes that thereby "the strategic goal in the implementation of the Southern Gas Corridor project has been achieved ".

The TAP AG consortium announced the completion of the construction of the Trans-Adriatic Gas Pipeline on October 13, 2020. The total length of TAP is 878 km, of which 550 km passes through the northern part of Greece, 215 km - through the territory of Albania, 105 km - through the Adriatic Sea and 8 km - through Italy. TAP is the latest component of the Southern Gas Corridor (SGC) project, which provides for the creation of infrastructure for the supply of Azerbaijani gas to Europe.

The gas pipeline is designed to transport natural gas from the Shah Deniz field. The throughput capacity of the gas pipeline can double its capacity, up to 20 billion cubic meters per year.

Recommended:
Новые правила ограничения сроков эксплуатации грузовых вагонов стали результатом уступок «Укрзализныци» предприятиям металлургии - эксперт
Iran detains Korean tanker carrying 7,200 tons of ethyl alcohol
Honda will stop supplying cars to the Russian market in 2022
On this topic
Construction of "Nord Stream-2 " resumed
Akademik Chersky arrives at the Nord Stream 2 pipe-laying site
Prospects for ship repair in Ukraine
The Greek authorities decided to 2023 to completely abandon coal
Israel intends to supply gas to Europe along the bottom of the Mediterranean sea - launched project
The Turkish President announced the start of gas transit through Nord stream on 8 January
Add a comment
Сomments (0)
News Analytics
Interpipe Steel: green metallurgy in Ukraine turns 9 years old18-01-2021, 15:28
Ukrmetallurgprom clarifies data on iron and steel smelting in Ukraine for 202018-01-2021, 12:50
At least 12 living miners remain under the rubble of a mine blown up on January18-01-2021, 11:47
In the Republic of Tuva, a citizen of China died as a result of a collapse in a17-01-2021, 11:44
Lenovo remains the global leader in personal computer shipments in 202017-01-2021, 08:19
China will overtake the United States to become the world's largest economy in27-12-2020, 12:04
The shortage in the US steel market will last at least until the end of the25-12-2020, 11:36
Steel production in China to surpass one billion tons this year23-12-2020, 10:59
Iron ore prices hit seven-year high and continue to rise15-12-2020, 10:26
Prices for metallurgical raw materials continue to rise in regional markets10-12-2020, 11:32
Sign in with: