The new Minister of Finance of Ukraine: cooperation with the IMF is "an absolute priority"

the New Ukrainian Prime Minister Denis Snorted said that the government will continue to work constructively with the IMF. 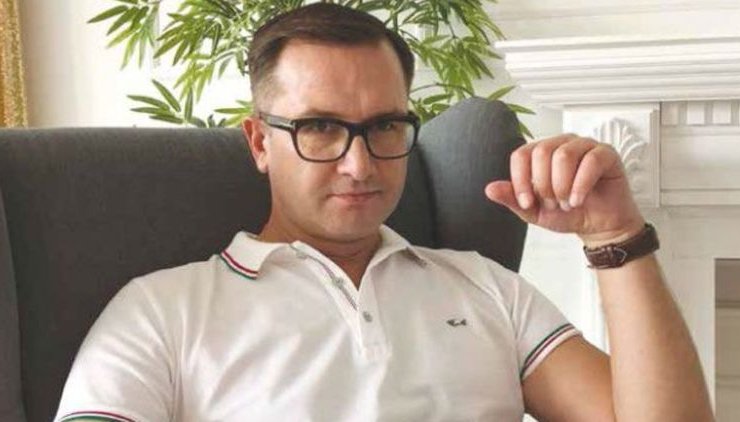 Cooperation with the International monetary Fund is an "absolute priority" for Ukraine. This was stated by the newly appointed Minister of Finance Igor Umansky on Friday the representative of the Fund in Ukraine the Guest Jungmann, reports Reuters.

"the New IMF program ... important to maintaining financial stability and implementing structural reforms in Ukraine, which is a priority for the government", - quotes Umansky, the Ministry of Finance.

Credit program of the IMF in the amount of 5.5 billion US dollars, agreed by the previous government last year, depends on whether Ukraine will continue reforms and to control the budget deficit.

the New Ukrainian Prime Minister Denis Snorted said that the government will continue to work constructively with the IMF.

Dramatic reshuffle of the government this week initiated by President Vladimir Zelensky, has raised questions about the dynamics of reforms in Ukraine and impact on Ukrainian bonds.

Recall that the American investment Bank Morgan Stanley advised clients to reduce positions in the Eurobonds of Ukraine after the change of government and the potential slowdown of reforms in the country.

March 4, the Verkhovna Rada has sent in the resignation of the Prime Minister Alexey Goncharuk and reformatted the Cabinet. The government of Denis Smagala included 15 Ministers, 4 vacancies the President attempted to fill until the meeting of Parliament, but could not.

Финансовая аналитика, прогнозы цен на сталь, железную руду, уголь и другие сырьевые товары. More news and analytics on Metallurgprom telegram channel - subscribe to get up-to-date market information and price forecasts faster than others.
Сomments
Add a comment
Сomments (0)
On this topic
"Naftogaz" has filed a lawsuit against the government of Ukraine for the issuance of a
Credit Suisse rasskryl "conspiracy" in the metals market
Saudi Arabia plans to sequester budget by 20% to win a price war in the oil market
Iran is satisfied with the reaction of the world community to 60% enrichment of uranium
Reuters: Ukraine is not negotiating on debt restructuring
The Central Bank of China will guide 173 billion dollars to fight coronaviruses
Recommended:
The pipe metallurgical plant in Nikopol continued to work after a short stop
Mining enterprises of Ukraine reduced the export of iron ore by 38.9%
The abolition of export duty in India may reduce the price of Turkish steel
News Analytics
China's iron ore output to rise in 2023 as new projects are launched30-11-2022, 18:10
"Centravis" agreed to supply a new batch of seamless pipes to a30-11-2022, 16:51
Metinvest enterprises in Ukraine resumed work after massive shelling of29-11-2022, 11:59
The European Council added the violation of restrictive measures (sanctions) to28-11-2022, 14:22
The abolition of export duty in India may reduce the price of Turkish steel28-11-2022, 14:07
Commodity prices will fall, metals quotes will rise slightly - Focus Economics28-11-2022, 13:28
Platinum market to face shortage next year - WPIC22-11-2022, 18:25
Global steel demand falls and will fall by 2.3% in 2022: WorldSteel19-10-2022, 23:12
Iron ore prices fall to 11-month low15-10-2022, 10:36
China production cuts in winter will give limited boost to steel markets -15-09-2022, 10:09
Sign in with: