Recruiting began less than a year after the steel plant was downsized by about 500 people. 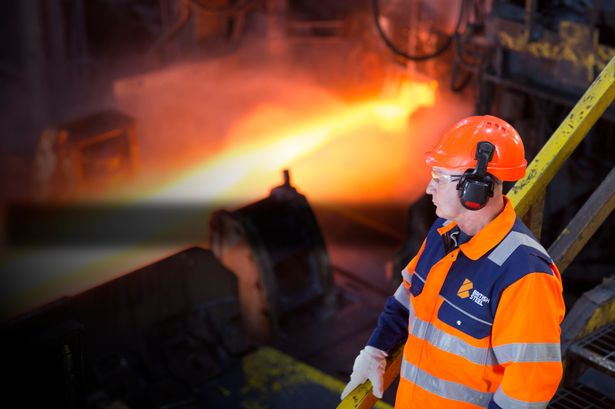 The increase in steel production at one of British Steel's plants in Teesside has resulted in more jobs in the area. The company announced that it is hiring 66 new employees to support the expansion of production at its Skinningrove facilities, as well as about 80 people at its large Scunthorpe facility.

In addition, 25 intern positions are being created at the company's headquarters in North Lincolnshire.

Recall that in March of this year, British Steel was bought out from the official liquidator appointed by the UK government, the Chinese steel group Jingye Group

“Since launching our new business in March, Jingye Group has made significant investments in our business and our people. This allowed us to maintain production growth and continue to grow the business. This is a great opportunity for people to join us and play an important role in the ongoing transformation of British Steel, "commented British Steel CEO Ron Deehlen, resonating for the troubled region of Britain.

Most of the specialties that have been recruited include crane control, machine and process control, forklift driving and miscellaneous jobs.

“We are currently working around the clock, from Monday to Friday. Our new manufacturing operators will help us achieve this and help meet the growing global demand for our specialist products, ”said Skinningrove Plant Manager David Hogg.

Recommended:
Hot rolled sheet prices in the US topped $ 1,000 per ton for the first time in history
Ukraine reduced the export of metal products for 2020 in monetary terms by 12%
South Korea sends military special forces to release tanker captured by Iran
On this topic
Chinese Jingye company completed the acquisition of the assets of British Steel and is ready to
France can block the sale of British Steel to the Chinese
The Brits are terribly worried about the possible sale Britih Steel Chinese
The new owner of British Steel will not "bother" with the number of staff
British Steel lenders insist on plant closure
Will the UK government interfere with British Steel?
Add a comment
Сomments (0)
News Analytics
YUZHMASH expects the adoption of the new space program of Ukraine in the near22-01-2021, 15:18
Eleven miners still await rescue from exploded gold mine in China22-01-2021, 12:34
Rivne NPP shut down power unit No. 122-01-2021, 12:13
Russia will start producing "green" hydrogen22-01-2021, 10:47
High-speed railway launched in China Beijing-Harbin highway22-01-2021, 10:22
China will overtake the United States to become the world's largest economy in27-12-2020, 12:04
The shortage in the US steel market will last at least until the end of the25-12-2020, 11:36
Steel production in China to surpass one billion tons this year23-12-2020, 10:59
Iron ore prices hit seven-year high and continue to rise15-12-2020, 10:26
Prices for metallurgical raw materials continue to rise in regional markets10-12-2020, 11:32
Sign in with: