The launch of a blast furnace at the Ilva Iron and Steel Works marks the conclusion of negotiations between the Italian government and ArcelorMittal. 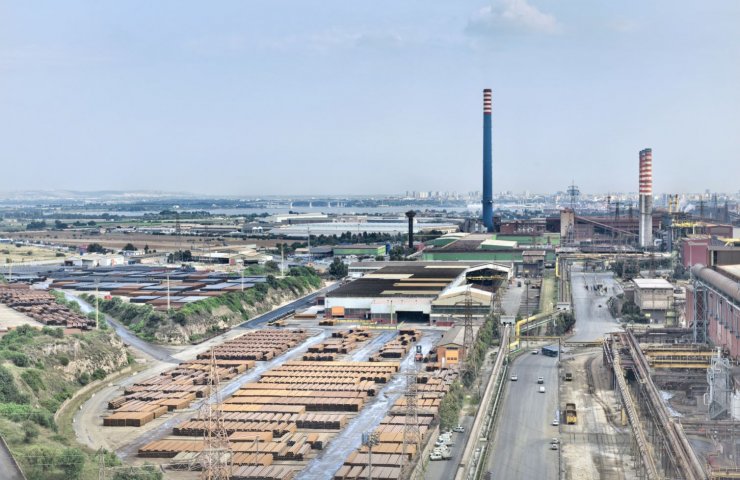 Ilva, the largest Italian steelmaker, will restart a blast furnace in the seaside town of Taranto in late January or early February, according to a new plan agreed between the government and ArcelorMittal.

Talks between the two parties appear to be finally coming to an end, and a 50-50 split of shares in the new company that will control Ilva is expected. Many market participants lost interest in this story over the years, as constant negotiations brought the asset to a minimum production level, and unreliable delivery terms meant that only a few buyers considered long-term contracts at the mill.

But the mill's steel potential - especially in the current limited supply market - has always played a big role in price dynamics in Europe.

According to the plan, the Luxembourg-based ArcelorMittal and the Italian government will be equal shareholders until 2022, after which the state will become the majority shareholder with 60% of the shares.

More than 10,000 employees have been a major controversial topic for many years, as ArcelorMittal pushed for job cuts while the government, under union pressure, argued that layoffs were unacceptable.

Nevertheless, many consider this plan unlikely and are skeptical about the possibility of its implementation, since with 10,000 employees, production of 6-8 million tons of steel per year is financially disadvantageous for European salaries.

Now that Ilva operates as a separate sales force from ArcelorMittal, attendees were curious to learn about the new company's pricing and sales strategy. Sources suggest that Ilva's management does not intend to follow ArcelorMittal's strategy and price hike announcements, but it will be more flexible and quote based on available capacity and demand.

While buyers welcomed the split between Ilva and ArcelorMittal, expecting an additional player in the market to lead to more competitive prices, there are still concerns about how reliable shipments will be from the plant, which has recently experienced delays of up to six months.

The neighboring Ilva metallurgical plant in Novi Ligure, which produces hot-dip galvanized steel for the automotive industry, will also be restarted, but only after the investment required to launch the plant.

Recommended:
Ukrainian-powered Antares launch vehicle successfully launched from Wallops cosmodrome
Metinvest invested UAH 2.6 billion in environmental projects of Ingulets GOK
Chinese commercial launch vehicle "Hyperbola-1" exploded on takeoff
On this topic
ArcelorMittal has revealed details of the agreement with the government of Italy for ILVA
A court in Milan has postponed hearings on the case of ArcelorMittal on March 6
ArcelorMittal evacuates the management of the steel plant ILVA from Italy
Rome will resume negotiations with ArcelorMittal trying to avoid a social explosion in the
Italy filed an appeal against the refusal of ArcelorMittal from ILVA
From the Prime Minister of Italy in Taranto required to close ILVA steel plant
Add a comment
Сomments (0)
News Analytics
Georgia's economy shrinks by 11.5% in January26-02-2021, 21:21
Ukraine retained its position in the world ranking of steel producers and rose26-02-2021, 15:52
ArcelorMittal has raised prices for galvanizing for the European market to 90026-02-2021, 13:23
The European Commission initiated a new investigation on steel imports to26-02-2021, 13:22
A rally of workers of the stopped shipyard was held in Mariupol26-02-2021, 12:34
Increase in prices is forecasted in the markets of steel raw materials -26-02-2021, 09:25
Troy ounce of gold will drop $ 500 in two years - Fitch25-02-2021, 18:29
Global iron ore production growth to outstrip cumulative production in India23-02-2021, 10:22
Fitch Ratings Warns of “Shocking Impact” on Fossil Fuel Exporters18-02-2021, 14:44
Raw material prices rise by about 10.5% in January 2021 - Deutsche Industriebank12-02-2021, 10:48
Sign in with: