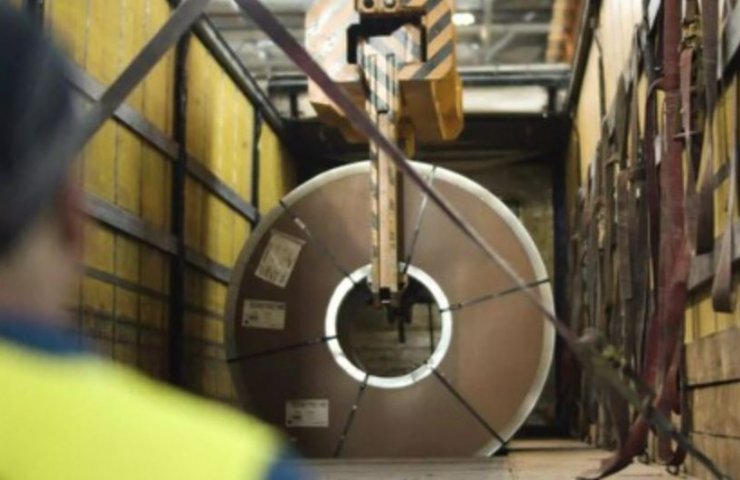 ArcelorMittal's European steel mills are increasing their hot rolled coil (HRC) prices to € 600 per tonne with immediate effect of this decision. In this way, the company is responding to accelerated growth in the rest of the world and strong domestic demand.

The company of British billionaire Lakshmi Mittal will also increase the supply of hot dipped galvanized steel to the equivalent base price of 700 euros per ton.

According to analysts, such a move by the world's largest metallurgical company is expected and timely, given the growing shortage of rolled steel in the European market. Delayed during the first wave of the pandemic, demand was superimposed on growing seasonal demand and reduced the availability of hot rolled steel for the automotive industry.

Prior to the price hike, ArcelorMittal's official HRC offer was € 550 per tonne. But some buyers, especially in the Iberian Peninsula region, have long bought steel above this level.

Some customers buying on a monthly basis are already discussing that delivery times from ArcelorMittal's European plants are being pushed back to February and March next year.

Recommended:
German-Danish company refused to certify Nord Stream 2 due to the threat of US sanctions
Belarus imposed retaliatory sanctions against the European Union and Canada
A major overhaul of the limestone feed line has started in the DMK sinter shop
On this topic
ArcelorMittal will test the price of 520 euros per ton for hot rolled coil in Europe
Essar Steel will no longer sell steel in Europe
Prices for hot rolled steel in Europe is steadily growing
ArcelorMittal head leaves for Bosnia to post bail for arrested brother
ArcelorMittal in South Africa plans to cut 2,000 jobs
Chinese flat products manufacturers face oversupply
Add a comment
Сomments (0)
News Analytics
SE "VostGOK" promises to pay off wage arrears by the end of next week27-11-2020, 22:39
Ukraine is losing leadership in the EU rapeseed import market due to the27-11-2020, 18:50
Italian steel plant - largest in Western Europe - launches blast furnace27-11-2020, 17:00
Tesla will recall more than 10,000 cars with defective roof and steering wheel27-11-2020, 16:13
How much will steel prices in the United States "jump" upwards and what are the27-11-2020, 16:23
European Union scrap collectors worried about possible export restrictions18-11-2020, 10:41
Occupational diseases of workers in the extractive industry: types and ways to16-11-2020, 17:49
Eurofer expects recovery in EU steel demand05-11-2020, 09:47
Hot rolled carbon steel demand will continue to grow by 4% pa until 203004-11-2020, 16:14
Platts Steel Trade Review: China Will Decide Asia's Fate30-10-2020, 10:04
Sign in with: