British steelmakers exported 2.6 million tonnes of steel products to the EU in 2017, accounting for about a third of total production. 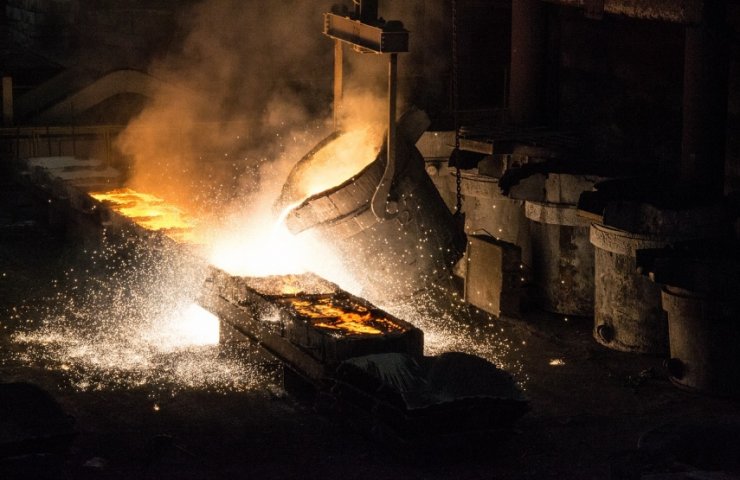 Experts warn that a tough Brexit will undermine the UK steel industry, causing at least £ 70 million a year in losses. According to them, the metal trade will be “seriously disrupted due to additional administration, costs and delays at the border.”

The UK exported steel to the EU in the amount of £ 1.8 billion in 2018. According to the British association UK Steel, the UK's exit from the EU without a deal would add about 5 percent to the price of each ton of British rolled metal.

The association's report says that the main problem for steel producers is that the deal there will be no Brexit, there will be additional costs and difficulty in moving any goods from the UK to the EU, estimated by UK Steel at £ 70 million for the industry annually.

Loss of access to EU free trade agreements in trade with other countries will lead to "imposing tariffs on other important steel markets."

Protectionist sentiment is on the rise worldwide, especially in the form of 25% steel tariffs in the US.

“Leaving the EU without a deal represents the most extreme and negative end of this spectrum, causing such damage the steel sector, that any nascent signs of recovery that we have seen over the past two years will be completely erased, leading the sector into crisis. It would not be an exaggeration to say that the long-term future of UK steel production is in jeopardy, ”the association said.

Leaving the EU without a deal at the end of March would mean that the UK steel industry will face one form or another. trade restrictions on virtually all export markets, which account for 97% of its steel trade, severely limiting its ability to seek new export opportunities and adapt to evolving market conditions.

The trade authority also warned that UK metals no longer will be deemed to come from the EU - meaning that they could be used for projects subject to the rules of 'of origin' stipulating that certain steel must come from the block.

“As a result, EU demand for UK steel may weaken, "UK Steel predicts.

Union Secretary General Roy Rickhass said that Brexit without a This is a disaster for British steelworkers.

“Millions of tons of British steel are sold to the EU every year. Anything that makes these processes slower or more expensive could mean job losses here in the UK. The steel industry is undergoing a fragile recovery after a difficult few years, the chaos of leaving the EU without a deal risks pushing us back into the midst of a crisis, ”the union boss warned.

Финансовая аналитика, прогнозы цен на сталь, железную руду, уголь и другие сырьевые товары. More news and analytics on Metallurgprom telegram channel - subscribe to get up-to-date market information and price forecasts faster than others.
Сomments
Add a comment
Сomments (0)
On this topic
British Steel buyer has not yet appeared
France can block the sale of British Steel to the Chinese
British Steel lenders insist on plant closure
Belanto Trade accused Dmitry Firtash of tarnishing the company's image to eliminate a competitor
Muddy history with the sale of British Steel becomes like a bad vaudeville
The Chinese company will buy British Steel in the coming days: every day of delay costs 1 million
Recommended:
ThyssenKrupp invests 2 billion euros in the construction of Europe's largest DRI plant
Nigeria to pay half a billion dollars to the Mittal family in compensation for selected concessions
Islamabad receives $1.5 billion investment proposal for PSMC privatization
News Analytics
Ukrainian court invalidated sale of Ferrexpo Plc shares in 200222-09-2022, 12:45
EU Commission not doing enough to save aluminum industry - associations21-09-2022, 11:07
Steel market in Europe expects big production cuts due to weak demand20-09-2022, 11:13
Ford warns investors to cut car deliveries due to parts shortages20-09-2022, 10:43
The price of lithium resumes insane growth after Elon Musk's remarks20-09-2022, 10:54
China production cuts in winter will give limited boost to steel markets -15-09-2022, 10:09
Steel prices may rise as manufacturers stop production11-09-2022, 14:06
IREPAS: The global long products market is in a "dramatic situation"10-09-2022, 20:49
Steel prices are unlikely to rise significantly in the near future - analysts02-09-2022, 22:58
Steel prices may move up on new data from China31-08-2022, 12:19
Sign in with: