The two largest automakers in the world understand that the era of electric vehicles has already arrived, and they intend to remain at the top. 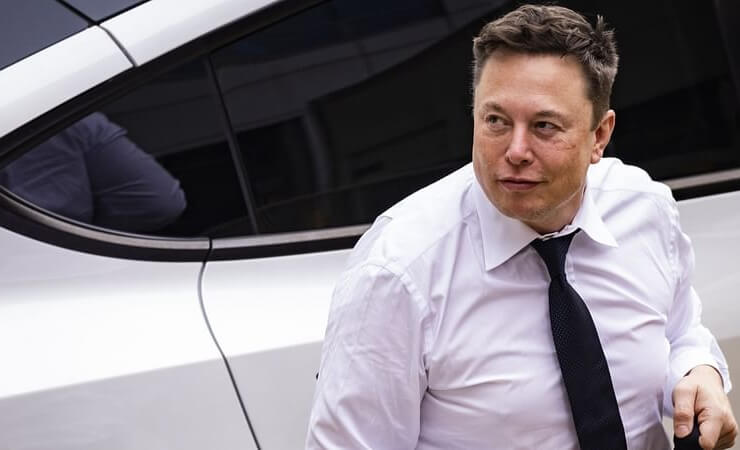 The epic battle over who controls the future of the auto industry will be much more interesting.

Tesla Inc., a pioneer and leader, dominated the early stages of the new energy era, capturing the imagination of investors with a vision of what the next generation of vehicles would look like and capturing the nascent all-electric vehicle market.

In another corner - the giants of scale: Volkswagen AG and Toyota Motor Corp. The two largest automakers in the world - each selling roughly 10 or 11 cars for each one that Elon Musk made last year - are realizing the age of battery-powered cars is now and are exploring how to stay on top.

Over five days with each other last month, these mass-production masters laid out plans to spend $ 170 billion over the coming years to preserve their rights to an industry they have dominated for decades.

The leaders at the very top of these officials are well aware that the transition from the combustion engine will not be orderly. It could get ugly - something like when Apple Inc. entered the mobile phone market and overtook the once dominant Nokia Oyj.

After a year of impressive growth, during which Tesla has undoubtedly become the most valuable automaker, the trillion dollar question is whether Musk's advantages to the next generation of automotive are as compelling as his company's market capitalization suggests.

“When the two largest car companies in the world decide to rely on electric vehicles, then there will be no more speculation - the bulk will turn into electric vehicles,” said Andy Palmer, former CEO of Aston Martin and former Nissan Motor. The company executive is often referred to as the "godfather of electric vehicles" after he was instrumental in the development of the battery-powered Leaf from the Japanese car manufacturer. “I expect the transition to electricity will be faster than everyone expects.”

The paths in which VW and Toyota have defended their positions are as different as you'd expect from proud German and Japanese industry giants. One is spinning out of control, putting Tesla in sight, while the other is investing heavily in EVs while continuing to squander their bets, waiting for the first stages of the revolution to begin.

Every year with CEO Herbert Diess at the helm, VW announces unrivaled electrification budgets. On December 9, he fulfilled his largest plan, committing € 89 billion ($ 100 billion) to electric vehicles and software development over the next five years.

Diss constantly uses Musk as a yardstick, so he admits to annoying some in the VW ranks. In October, he welcomed Musk as a surprise guest to an executive conference attended by 200 of the automaker's executives.

Toyota's long-standing position on the future was demonstrated a couple of months ago at a racetrack in the hills of western Japan. While the company brought with it a battery-powered bZ4X electric SUV, the car that Akio Toyoda drove around the track was a hydrogen-fueled Corolla Sport H2 concept car.

“In the face of uncertainty, we need a variety of solutions,” the grandson of the Toyota founder said at a press conference. “We don't want to limit ourselves to just one option.”

A pioneer with a hybrid powertrain known as the Prius admitted that he was "a little late" with all-electric models - and that was four years ago. Toyota's first global mass-market electric vehicle will debut mid-this year.