Amazon and the online giants will face tax pressure from skyrocketing sales in London's bid to plug a budget hole. 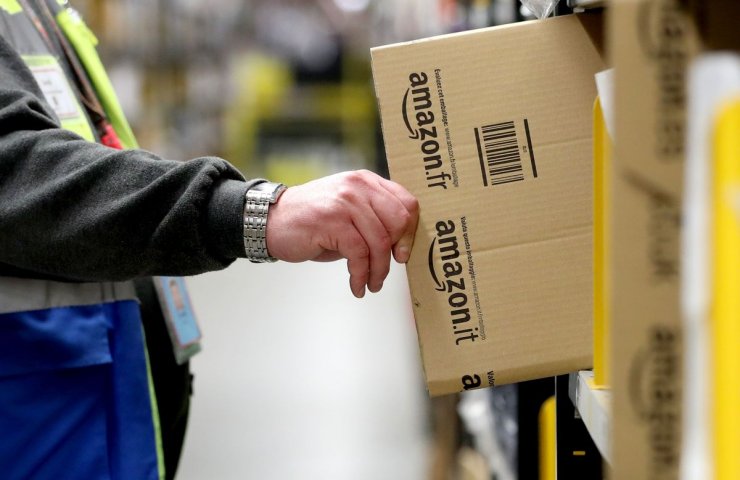 Amazon and other companies that have capitalized on the coronavirus crisis will face double taxation in line with plans devised by the government to plug the black hole in UK finances, writes the Sunday Times.

Treasury officials have convened tech companies and retailers for a meeting this month ahead of budget approval to discuss how an online sales tax will work, and to develop plans for a one-time "excess profits tax", the newspaper said.

The article says that Finance Minister Rishi Sunak is unlikely to announce the tax in the March 3 budget submission, which will focus on extending the COVID-19 layoff program and supporting business. Instead, a new tax is likely to appear in the second half of the year.

Last month's data showed the UK budget deficit since the beginning of the fiscal year in April reached a record 271 billion pounds ($ 370 billion). Deficit spending will be the UK's largest annual borrowing since World War II.

Recommended:
The National Police of Ukraine exposed the general director of a machine-building enterprise
The structures of the Russian billionaire Mordashov blocked the payment of dividends at Turboatom
China's Tianwen 1 spacecraft successfully landed on Mars
On this topic
UK authorities prepare for a food collapse worse than a pandemic
UK begins the most ambitious programme of public investment for 65 years
The basic owner NLMK was the largest corporate income tax payer in Russia
Amazon's black streak: the 10 billion Pentagon contract goes to Microsoft
Benefits of digital platforms in metallurgy
US-China trade war reaches a fundamentally new level
Add a comment
Сomments (0)
News Analytics
ArcelorMittal Temirtau will pay 10,000 tenge to all employees vaccinated18-05-2021, 13:35
Steel raw material prices are skyrocketing across the board18-05-2021, 12:34
Interpipe has mastered a new type of railway wheels for Deutsche Bahn passenger18-05-2021, 12:11
Ukraine at the beginning of 2021 increased foreign exchange earnings from the18-05-2021, 11:03
The National Police of Ukraine told about the searches at one of the18-05-2021, 11:51
Steel raw material prices are skyrocketing across the board18-05-2021, 12:34
The current state of the market is ideal for the sale of rolled steel - IREPAS04-05-2021, 18:41
Global hydrogen demand to grow 7-fold by 2070 - PwC21-04-2021, 12:31
World Steel Association predicts a good year for metallurgists15-04-2021, 18:19
World Steel Association defines green steel and its variations12-04-2021, 13:14
Sign in with: