For the first time since 2013, the export of goods from Germany “went into negative territory” by more than nine percent. 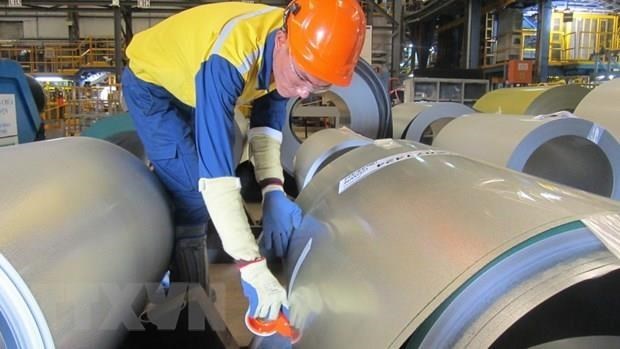 Due to the coronavirus pandemic, German exports fell more sharply last year than after the 2009 financial crisis. The federation's overseas shipments fell 9.3 percent to € 1,204.7 billion, the Federal Statistical Office of the Federal Republic of Germany said on Tuesday. This was the first decline since 2013 and the strongest since 2009 - at that time minus 18.4 percent. Last year, imports also fell more sharply than since 2009, by 7.1 percent to 1,025.6 billion euros.

The decline in German exports was mainly due to a sharp decline at the beginning of the pandemic in March 2020. After that, German exports grew for eight months in a row - the last time in December, by 0.1 percent compared to the previous month.

Germany's exports were rescued from an even greater collapse in supplies to the People's Republic of China, which rose 11.6 percent in December to 9.3 billion euros, and exports to the United States, which rose 8.4 percent and 9.2 billion euros.

Recommended:
In Ukraine, more deposits of metals and minerals have already been put up for sale than in the entire 2020
Ukrzaliznytsia will share its experience with Italian railway workers
The situation with coal reserves in the warehouses of Ukrainian thermal power plants remains critical
On this topic
Metinvest extended maturity of bonds
The European car industry slid into a recession for the last six quarters - EUROFER
In December 2019, the European auto industry showed record sales growth
Eurofer expects demand for steel in the EU by 3.1% and sees no bottom
Prospects for the development of the economy and steel market in the EU in 2019-2020
EU steel imports growth declines sharply in Q1 2019
Add a comment
Сomments (0)
News Analytics
Coronavirus drove Belgian skiers to the slopes of the Charleroi waste heap07-03-2021, 13:52
US Steel focuses on the production of nanosteel for high-strength alloys07-03-2021, 13:46
Poland could lead the race in hydrogen steel technology07-03-2021, 11:29
US Senate Adopts $ 1.9 Trillion Stimulus Package06-03-2021, 23:54
Tibet invests about $ 30 billion in infrastructure projects in 5 years06-03-2021, 14:39
Spread between raw materials and high strength alloy steel in Europe increased01-03-2021, 20:21
Increase in prices is forecasted in the markets of steel raw materials -26-02-2021, 09:25
Troy ounce of gold will drop $ 500 in two years - Fitch25-02-2021, 18:29
Global iron ore production growth to outstrip cumulative production in India23-02-2021, 10:22
Fitch Ratings Warns of “Shocking Impact” on Fossil Fuel Exporters18-02-2021, 14:44
Sign in with: