Baku Steel Company appoints new director to replace Mammadov, who was arrested the day before

Baku Steel Company is the largest producer of metallurgical products in Azerbaijan and the entire Caucasus, with about 1,500 employees. 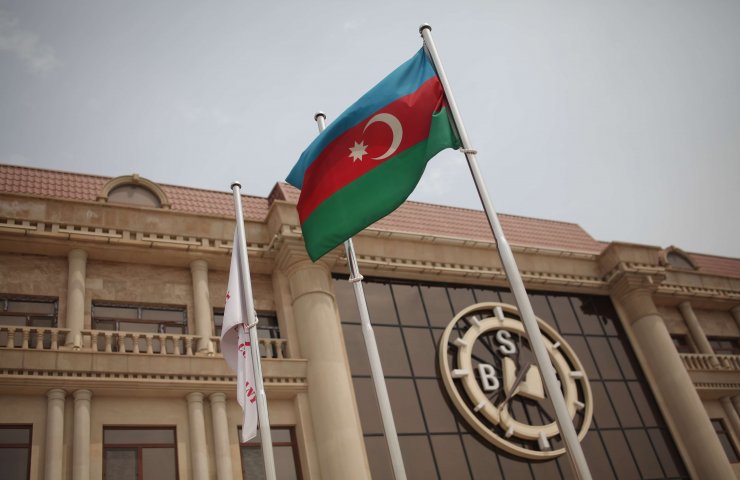 Kamal Mirsahib oglu Ibrahimov, who previously served as Chairman of the Board of Directors of Standard Insurance and Gala Hayat Insurance, became the head of the largest producer of metallurgical products in Azerbaijan and the entire Caucasus.

The statement of the Baku Steel Company says that despite all the troubles with law enforcement agencies, all of its divisions are working as usual.

“In connection with the unverified information about our company spread in recent days, we declare that all subdivisions of the Baku Steel Company are working as usual. Our factories continue to manufacture products that meet high quality standards, ”the company said in a statement.

Baku Steel Company undertakes to continue its work on a transparent basis within the framework of the country's legislation.

The company's management assures consumers and suppliers that the company's operations will also undergo appropriate changes to apply high and modern management standards.

Recommended:
The EU supervisor will decide by July 9 to sell the assets of Liberty Steel France to ArcelorMittal
Bogdan Motors continues to ship trolleybuses to Kharkiv
Philips recalls up to four million ventilators
On this topic
Sanjiv Gupta one of these days will find out all the financial secrets of the largest German steel
US to impose sanctions against Nord Stream 2 by the end of the year
EU wind farms will be 25 times more powerful
The European Commission unveiled a plan for economic recovery after the pandemic
Germany will pay 6 billion euros with the Dutch shipyard for the construction of warships
Voestalpine opens a cutting-edge research center for high-tech steels in Donavitz
Add a comment
Сomments (0)
News Analytics
Metinvest's Italian contractors reveal details of the investment project in16-06-2021, 23:01
Energoatom approved Electrotyazhmash as a supplier of turbine generators for16-06-2021, 14:57
Representatives of Ukraine and Germany discussed the prospects for cooperation16-06-2021, 10:49
Vestas and DTEK RES signed an agreement for the supply of wind turbines for the16-06-2021, 10:45
SSAB agrees with Volvo to supply and refine HYBRIT decarbonized steel16-06-2021, 10:40
Vaccinations fuel demand for platinum - World Platinum Investment Council08-06-2021, 12:55
Sharp price growth continues in the rolled metal market - Ukrpromvneshexpertiza08-06-2021, 11:04
Analysts note overheating of the global scrap metal market01-06-2021, 13:28
Hydrogen-fueled steelmaking could be competitive after 2050 - McKinsey19-05-2021, 14:22
Steel raw material prices are skyrocketing across the board18-05-2021, 12:34
Sign in with: