Baku Steel Company is the largest metallurgical company in the Caucasus and one of the main exporters of Azerbaijan. 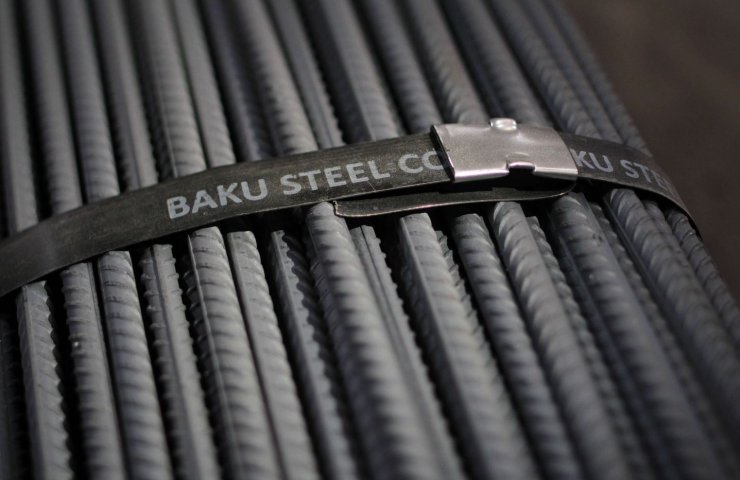 According to the Azerbaijani media, some time ago, inspections began in Baku Steel Company, as a result of which numerous violations were revealed, in connection with which R. Mammadov was arrested.

Problems in the metallurgical sector of Azerbaijan began long ago. Scattered throughout Absheron, numerous artisanal workshops annually produce thousands of tons of low-quality products that are used in the construction sector.

In addition, the lack of basic safety standards in these workshops regularly leads to various types of accidents and accidents, accompanied by numerous victims.

At the end of last year, Baku Steel Company warned buyers of metal products about possible fraud. The company asked all buyers to be vigilant when purchasing construction fittings allegedly of its production.

Recommended:
The price bubble in the US steel market has inflated to its maximum - the only question is when it will burst
Novokramatorsk Machine-Building Plant keeps sales and production at the level of 2019
South African authorities recognize mineral resource management as a constraint
On this topic
Ukraine needs to reduce mortgage rates to 8-10% - Confederation of Builders of Ukraine
Krukovka Carriage Works disclosed the findings of the company's repeated internal audit
Belarus for the first time since 2011 began importing oil through Ukraine
EMSS invested into labor four million hryvnias
USA slapped sanctions on steel industry of Iran
In Singapore for the debts of the arrested "Sevastopol"
Add a comment
Сomments (0)
News Analytics
Where and how much gold is there in Ukraine?25-02-2021, 21:28
A plot with copper deposits in the Volyn region of Ukraine has risen in price25-02-2021, 18:26
ArcelorMittal is preparing to announce another price increase in the next few25-02-2021, 18:43
Indonesian gold mine collapse kills 3 people, 5 missing25-02-2021, 18:41
MMK them. Ilyich purchased electricity from Energoatom for 26 million hryvnia25-02-2021, 13:12
Troy ounce of gold will drop $ 500 in two years - Fitch25-02-2021, 18:29
Global iron ore production growth to outstrip cumulative production in India23-02-2021, 10:22
Fitch Ratings Warns of “Shocking Impact” on Fossil Fuel Exporters18-02-2021, 14:44
Raw material prices rise by about 10.5% in January 2021 - Deutsche Industriebank12-02-2021, 10:48
JP Morgan Analysts Announce New Super Growth Cycle in Commodities11-02-2021, 17:56
Sign in with: