British billionaire, the main owner of the world's largest steel company, Lakshmi Mittal, headed to Bosnia, where on Tuesday this week the court arrested his brother Pramod Mittal. 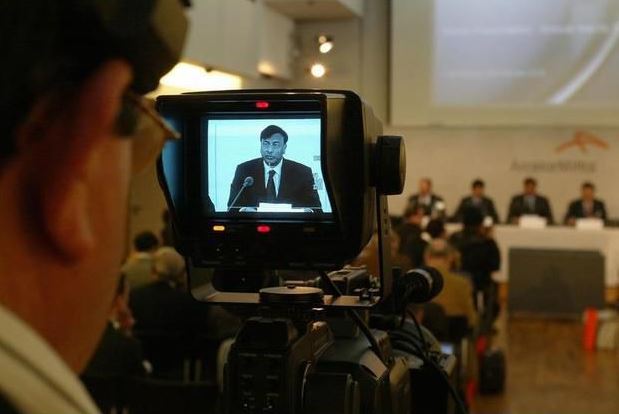 One of the richest men in the world, Lakshmi Mittal, is due to travel to Bosnia and Herzegovina to get Pramod Mittal's brother, charged with serious economic crimes, out of prison in Tuzla, local media report.

Pramod Mittal is Chairman of the Supervisory Board of Global Ispat Koksne Industrija Lukavac (GIKIL), a coke plant that was until recently owned by the Bosnian government and Global Steel Holdings Ltd (GSHL), with Pramod Mittal remaining majority owner. Last year, GSHL collapsed and liquidation began, but despite this, the management continued to lead GIKIL.

This is not the first time Lakshmi has rescued her brother. Namely, according to Indian media reports last supported Pramod this year when he pulled him out of financial fraud charges by paying the Indian authorities $ 300 million. The case concerned the non-payment of contributions by Mittal's Global Steel Holdings Ltd (GSHL) and Global Steel Philippines Inc (GSPI) of India's state trading corporation STC.

Let us remind you that on Tuesday Pramod Mittal was imprisoned in connection with extremely harsh accusations from the Tuzla cantonal prosecutor's office that he was a member of organized crime with abuse of office and power in business.

In addition to Pramod Mittal, the court detained GIKIL board member Rajib Dash and CEO Paramesh Batachary. The three of them are suspected of causing financial losses of nearly 11 million euros to a by-product coke plant in the Bosnian city of Lukavac.

The prosecutor's office claims that millions in damages were caused by the payment of unreasonably high remuneration for foreign, mainly Indian directors and experts, as well as for their families.

According to unofficial information, due to the deterioration of health, Pramod Mittal was hospitalized at the University Clinical Center in Tuzla. Due to a blood clot after two previous heart attacks, Pramod will remain under the supervision of Tuzla doctors until his release from custody.

The Tuzla court ordered the imprisonment of Pramod and his accomplices for a period of one month, and if this judicial institution agrees with the proposal that the lawyer's team is likely to make on Monday, Pramod Mittal and his accomplices may soon be released under bail.

To proceed to the process of possible release from custody, the suspects will have to fulfill the request of the prosecutor's office on Monday, that is, pay a certain amount of money.

The bar group will then be eligible for bail, which must eventually be accepted by the cantonal court in Tuzla. A positive hearing will mean that the three detainees will be released on bail.

Recommended:
Ukroboronprom signs contract with Pakistan to repair tanks worth 85.6 million dollars
Renault in 2020 has a record loss of 8 billion euros
Vostochny GOK in 2020 increased the production of uranium concentrate by 7%
On this topic
British Steel lenders insist on plant closure
ArcelorMittal owner Lakshmi Mittal Pramod's younger brother arrested in Bosnia
Is the German auto industry preparing for a collapse?
British Steel buyer has not yet appeared
ArcelorMittal threatens to close Europe's largest steel mill
Will the UK government interfere with British Steel?
Add a comment
Сomments (0)
News Analytics
Tibet invests about $ 30 billion in infrastructure projects in 5 years06-03-2021, 14:39
Siemens Energy promised Deutsche Welle to closely monitor democracy in Belarus06-03-2021, 10:32
US and EU suspend the collection of duties that were imposed against each other05-03-2021, 22:48
Turboatom and Electrotyazhmash discussed prospects for cooperation under05-03-2021, 19:04
DMZ Yaroslavsky in February almost doubled the production of rolled products05-03-2021, 18:19
Spread between raw materials and high strength alloy steel in Europe increased01-03-2021, 20:21
Increase in prices is forecasted in the markets of steel raw materials -26-02-2021, 09:25
Troy ounce of gold will drop $ 500 in two years - Fitch25-02-2021, 18:29
Global iron ore production growth to outstrip cumulative production in India23-02-2021, 10:22
Fitch Ratings Warns of “Shocking Impact” on Fossil Fuel Exporters18-02-2021, 14:44
Sign in with: