In their joint statement, the finance ministers of the G20 countries called the agreement historic, noting that discussions on its terms have lasted for many years. 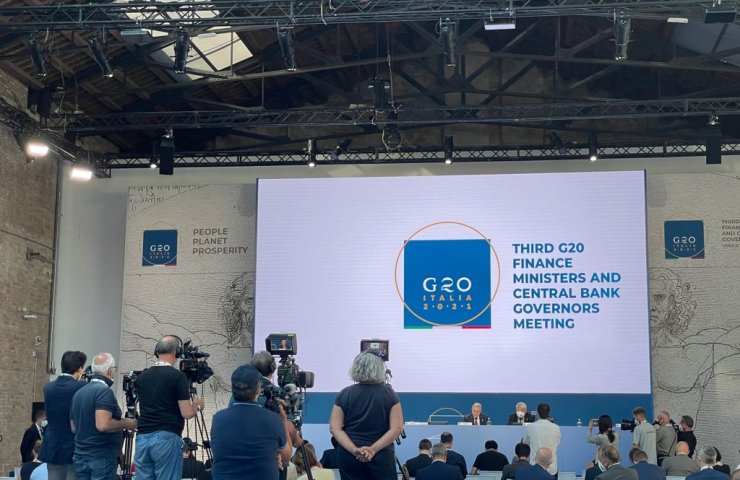 G20 finance ministers signed a global corporate tax agreement at the organization's summit in Venice. The document provides for the establishment of a minimum tax rate for multinational companies at 15%.

The second element of this agreement is a change in the territorial principle of taxation - tax on profits of transnational corporations should be levied in those states where they earn by providing their goods or services, and not just based on the place of their registration, as is happening now.

The official communiqué of the # G20 </a > Finance Ministers and Central Banks Governors 'Meeting is online. # G20Italy ? https://t.co/PyHxnnwvjd pic.twitter.com/0wj5eeU6W0

Extractive industries and regulated financial services are excluded from the scope of the partial reallocation of tax rights to determine corporate tax payers. First of all, this solution is aimed at global IT giants such as Facebook, Google, Apple, Amazon.

The reform was supported by the Organization for Economic Co-operation and Development (OECD) and should prevent international corporations from transferring their assets abroad for tax evasion.

In their joint statement, the finance ministers of the G20 countries called the agreement historic, noting that the discussion of its terms lasted for many years. In their opinion, the reform will make the international tax architecture more stable and fair.

The final version of the document must be approved by the leaders of the G20 at the summit of the organization, which will be held in Rome in October.

At the same time, a protest was held in Venice, which ended in clashes with the police.

About 2,000 activists, environmentalists and social anarchists gathered to protest the G20 meeting. They find it unacceptable that a small group of people decide the fate of billions around the world.