The deal marks the end of an era for Bugatti, one of the most recognizable names in the world of super-luxury cars, after two decades owned by German auto giant Volkswagen AG, which is now switching to electric vehicles. 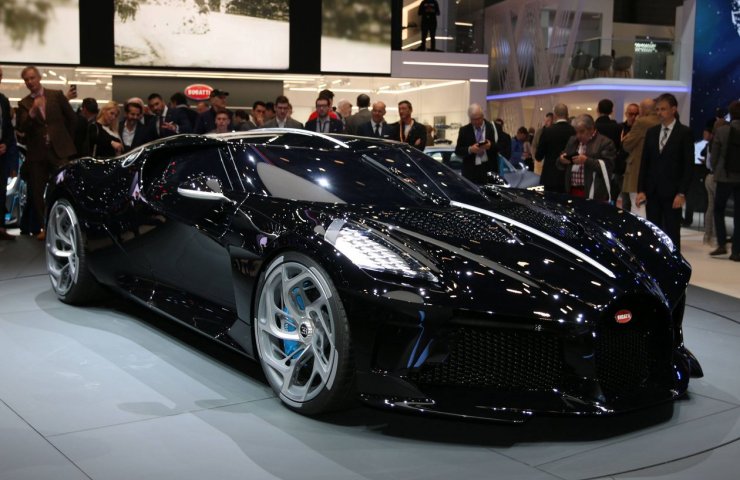 Rimac will be the controlling shareholder with a 55% stake in the joint venture, while Porsche will own the remainder. At the same time, Porsche will retain a 24% stake in Rimac. The new company is expected to officially begin operations in the fourth quarter of 2021. She will be based in Zagreb.

Volkswagen began considering selling niche brands and non-core businesses five years ago, but so far the results have been modest. Bugatti's move to a joint venture with Rimac follows the sale of industrial gearbox manufacturer Renk AG and a reduced initial public offering of a minority stake in the Traton SE cargo division in 2019. Efforts to unbundle Italian brands Ducati and Lamborghini received little support and were labeled as hopeless late last year.

Founded in 2009, Rimac specializes in the design and manufacture of electric vehicles, as well as high-tech components for them, which it supplies to other car manufacturers. Rimac's customers include Porsche, Aston Martin, Hyundai, Kia, Pininfarina and Koenigsegg. The company employs about 1,000 people.

Volkswagen shares are down 1.1% in Tuesday trading.

Финансовая аналитика, прогнозы цен на сталь, железную руду, уголь и другие сырьевые товары. More news and analytics on Metallurgprom telegram channel - subscribe to get up-to-date market information and price forecasts faster than others.
Сomments
Add a comment
Сomments (0)
On this topic
Egypt to demand at least $ 1 billion in compensation after Suez Canal congestion
Lamborghini launches production of medical masks and protective flaps
Thyssenkrupp expects the Chinese to sell their industrial assets
All Porsche cars will soon be electric except the Porsche 911 - Oliver Bloom
European automakers stopped production
The ship Ever Given, which blocked the Suez Canal, again entered the route from Asia to Europe
Recommended:
Ukrainian court invalidated sale of Ferrexpo Plc shares in 2002
Chinese scientists discover previously unknown mineral in lunar soil samples
Steel prices may move up on new data from China
News Analytics
EBRD downgrades Ukrainian economic growth forecast for 2023 from 25% to 8%28-09-2022, 13:57
EU plans additional sanctions against Russian metallurgy27-09-2022, 10:34
The European Commission has approved 5.2 billion euros of state support for27-09-2022, 10:43
China's leading industrial profits fall 2.1% in first 8 months27-09-2022, 10:20
Moody's changed the outlook for the global mining industry to26-09-2022, 19:04
China production cuts in winter will give limited boost to steel markets -15-09-2022, 10:09
Steel prices may rise as manufacturers stop production11-09-2022, 14:06
IREPAS: The global long products market is in a "dramatic situation"10-09-2022, 20:49
Steel prices are unlikely to rise significantly in the near future - analysts02-09-2022, 22:58
Steel prices may move up on new data from China31-08-2022, 12:19
Sign in with: