German steel company Thyssenkrupp Steel announced force majeure on July 16 due to the inability to deliver raw materials and semi-finished products between production sites and finished products to customers due to damage to the railway network. Several other European metallurgists have issued similar statements. 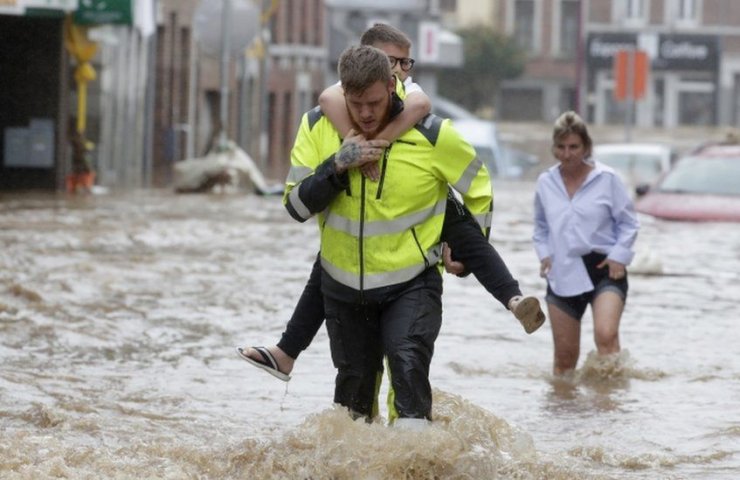 A catastrophic flood in the Rhine basin in the German states of Rhineland-Palatinate and North Rhine-Westphalia on July 14 caused significant damage to the local metallurgical industry.

First of all, the transport connection has not yet been fully restored. Because of the flood, roads and railways have been damaged, berths have been flooded on a number of tributaries of the Rhine, which makes it difficult to deliver raw materials by river barges.

ThyssenKrupp Corporation, the largest steel producer in Germany, also declared force majeure on July 16, announcing that due to flooding and damage to railways and roads, it could not supply semi-finished products to some enterprises and was forced to severely limit the output of finished products. p>

Other local manufacturers and distributors have not reported such serious problems. However, rebuilding the transportation network in the affected areas can take a long time.

This is the second natural disaster to hit the Ruhr this year. In February, the same areas suffered from a severe blizzard, which also ended in flooding.

Финансовая аналитика, прогнозы цен на сталь, железную руду, уголь и другие сырьевые товары. More news and analytics on Metallurgprom telegram channel - subscribe to get up-to-date market information and price forecasts faster than others.
Сomments
Add a comment
Сomments (0)
On this topic
British billionaire Sanjeev Gupta raises the stakes in race for Thyssenkrupp Steel assets
Thyssenkrupp sold two business lines in a week, considering them unprofitable
The Swiss manufacturer of elevators challenged the sale of Elevator division Thyssenkrupp
Eramet, BASF and SUEZ launch a comprehensive lithium-ion battery recycling project in Europe
The head of Volkswagen considered hydrogen technologies unpromising for the automotive industry
US Secretary of State announced sanctions against Turkey over purchase of S-400 from Russia
Recommended:
For 8 months of 2022, steel production in Ukraine fell by 64.5%, to 5.2 million tons
UK government to set up Critical Minerals Agency
Stopped Zaporizhzhya NPP will not resume operation until the shelling stops
News Analytics
British Steel owner asks government for financial support05-10-2022, 13:05
The price of gold crossed the mark of 1700 dollars05-10-2022, 13:28
US coal prices top $20004-10-2022, 10:16
Tata Steel merger plan to secure long-term profits03-10-2022, 10:46
US hydrogen prices to drop to zero dollars per kg in 5 to 6 years: Platts02-10-2022, 21:53
China production cuts in winter will give limited boost to steel markets -15-09-2022, 10:09
Steel prices may rise as manufacturers stop production11-09-2022, 14:06
IREPAS: The global long products market is in a "dramatic situation"10-09-2022, 20:49
Steel prices are unlikely to rise significantly in the near future - analysts02-09-2022, 22:58
Steel prices may move up on new data from China31-08-2022, 12:19
Sign in with: