The Kingdom urgently needs about 100 thousand drivers. Those companies that can afford to attract workers with higher wages; but this affects shipping costs and can bankrupt small firms. 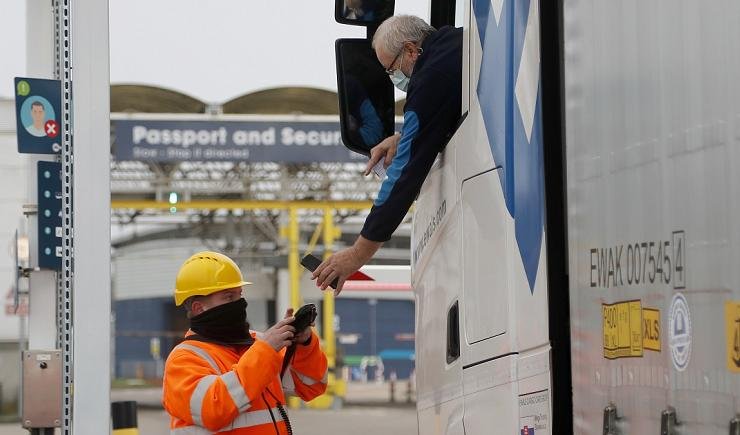 The British authorities are considering the possibility of attracting military drivers for transportation - the country is facing a severe transport crisis, and after it a commodity crisis. Many store shelves have been empty for several weeks.

“One of the main problems is the lack of truck drivers. And besides - bureaucracy and paperwork. It is necessary rather to adapt the laws and everything connected with it. All these problems together led to the fact that the shelves were empty, "- said in an interview with Euronews head of one of the London stores Matt Hargreaves.

A labor shortage in logistics companies in the UK began immediately after the "Brexit", as a result of which workers from Eastern Europe left the country, and this only exacerbated the crisis. About 20 thousand truckers have left the country, and it is very difficult to attract new foreigners because of the changed rules and requirements. However, the continent is experiencing the same problems.

“Modern supply chains are very complex structures with a huge number of moving parts. If some element of this system does not work as it should - not to mention when there are problems in several places at once - there is a shortage of goods, and now this is happening. And so, apparently, it will be for a long time: this is covid, this is Brexit, ”comments the representative of the European Center for Political Economy David Hoenig.

Logisticians demand from London, firstly, to significantly simplify the issuance of work permits to foreigners, and secondly, to finance and accelerate the training of young British drivers: tens of thousands of license exams had to be canceled over the past year and a half due to the pandemic.

Финансовая аналитика, прогнозы цен на сталь, железную руду, уголь и другие сырьевые товары. More news and analytics on Metallurgprom telegram channel - subscribe to get up-to-date market information and price forecasts faster than others.
Сomments
Add a comment
Сomments (0)
On this topic
Following Britain, Germany announced an acute shortage of truck drivers
UK continues to experience shortage of truck drivers
The deficit in Britain: the Brits are stocking up before Brexit
Volkswagen made the final choice between hydrogen and electric motors
London banned the use of taxi service Uber in the city
German companies face critical staff shortages - Handelsblatt
Recommended:
Deere invests billions in self-driving tractors
IREPAS: The global long products market is in a "dramatic situation"
Chinese scientists discover previously unknown mineral in lunar soil samples
News Analytics
British Steel owner asks government for financial support05-10-2022, 13:05
The price of gold crossed the mark of 1700 dollars05-10-2022, 13:28
US coal prices top $20004-10-2022, 10:16
Tata Steel merger plan to secure long-term profits03-10-2022, 10:46
US hydrogen prices to drop to zero dollars per kg in 5 to 6 years: Platts02-10-2022, 21:53
China production cuts in winter will give limited boost to steel markets -15-09-2022, 10:09
Steel prices may rise as manufacturers stop production11-09-2022, 14:06
IREPAS: The global long products market is in a "dramatic situation"10-09-2022, 20:49
Steel prices are unlikely to rise significantly in the near future - analysts02-09-2022, 22:58
Steel prices may move up on new data from China31-08-2022, 12:19
Sign in with: