The think tank of the Ministry of Economic Development of the Russian Federation in the field of global trade has for the first time approved the strategy until 2025. 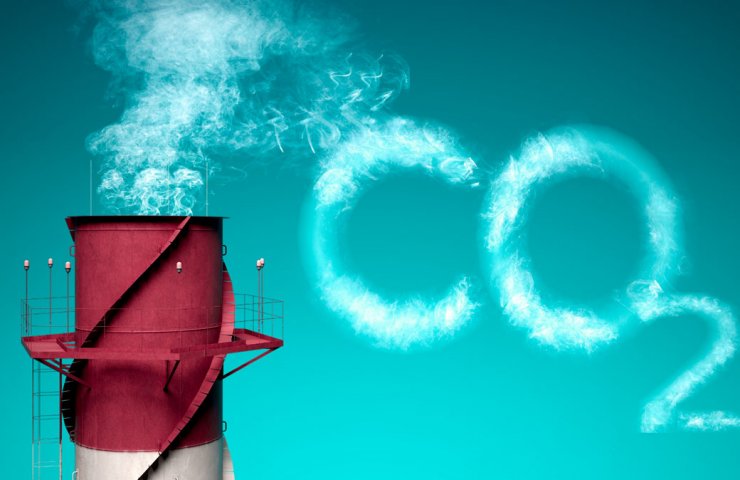 The Supervisory Board of the autonomous non-profit organization "Center of Expertise on the World Trade Organization" admitted the possibility that the current WTO crisis will deepen before the potential emergence of new global trade rules, which will require Russia to design a "reserve system" to ensure favorable trade conditions - in fact, alternative temporary rules.

The new strategy of the center takes into account such an urgent challenge as the climate agenda of foreign countries, which carries risks for the Russian economy, the Ministry of Economic Development said. Currently, the WTO Center of Expertise is preparing proposals for the so-called green deal of the European Union and the climate policies of other countries. According to the organization, large economies, including the EU, intend to use the fight against climate change as a pretext for a large-scale technological restructuring of the economy. The European Commission presented the Green deal at the end of 2019, the goal is to achieve complete carbon neutrality by 2050 (equality of harmful emissions released into the atmosphere and extracted from there).

The potential "green" course of the EU will lead to a reduction in demand for traditional Russian exports, mainly fossil energy resources, says a representative of the WTO Center of Expertise. Part of the EU's green initiatives is the introduction of a cross-border carbon tax - duties on imported goods with a large carbon footprint. This tax could cost Russian suppliers 33 billion euros in 2025–2030 in the baseline scenario.

“Some of the instruments that can be used by the European Union are questionable from the point of view of WTO rules. In this context, the WTO becomes an effective lever for Russia, which will allow it to influence the parameters and rates of the European "green" course. The Ministry of Economic Development of Russia is now actively working in this direction, ”says a representative of the WTO Expertise Center.

WTO member countries have requested guarantees from the European Union that a possible carbon tax will be compatible with WTO rules, the organization reported in November 2020. In March 2021, the European Parliament adopted a resolution calling for the proposed mechanism to be consistent with WTO rules.

Russia will try to ensure the continuation of energy exports to Europe, "although concern will grow in connection with the fact that it is necessary to look for some alternatives," said Alexander Daniltsev, director of the Institute for Trade Policy of the Higher School of Economics (he participated in the development of the strategy of the WTO Center). The Russian authorities "will try to make the transition to a new quality as gently as possible, to ensure a smooth transition to a new reality," as it takes time to adapt, the expert said.

Recommended:
ArcelorMittal and 11 other companies including Shell and Airbus form a hydrogen consortium
The largest oil company in the world has increased its net profit by a third
The Ministry of Economy of Russia proposes to create a "Hydrogen Valley" on Sakhalin
On this topic
Ukraine needs to reduce mortgage rates to 8-10% - Confederation of Builders of Ukraine
WTO to consider Turkey's complaint against European Union restricting steel imports
The world trade organization has ruled against Russia in favor of Ukraine
The European investment Bank ceases to Fund projects associated with coal, oil and gas
European Association of steel can block the sale of British Steel to the Chinese
Prospects for the development of the economy and steel market in the EU in 2019-2020
Add a comment
Сomments (0)
News Analytics
Chip shortage will cost the global auto industry $ 110 billion in revenue in14-05-2021, 12:15
Zaporizhzhya Dneprospetsstal expands international partnership14-05-2021, 11:17
The coal industry relies on new technologies to survive in the decarbonization14-05-2021, 11:38
In January-April, Ukrainian metallurgists increased steel production by 7.2%14-05-2021, 10:03
Metinvest does not want to sell pig iron of Dnipro Metallurgical Plant to third14-05-2021, 09:03
The current state of the market is ideal for the sale of rolled steel - IREPAS04-05-2021, 18:41
Global hydrogen demand to grow 7-fold by 2070 - PwC21-04-2021, 12:31
World Steel Association predicts a good year for metallurgists15-04-2021, 18:19
World Steel Association defines green steel and its variations12-04-2021, 13:14
China unlikely to cut steel capacity in 2021 due to high steel prices07-04-2021, 12:11
Sign in with: