The board of directors of Germany's largest steel producer has decided to build Europe's largest direct reduced steel plant. 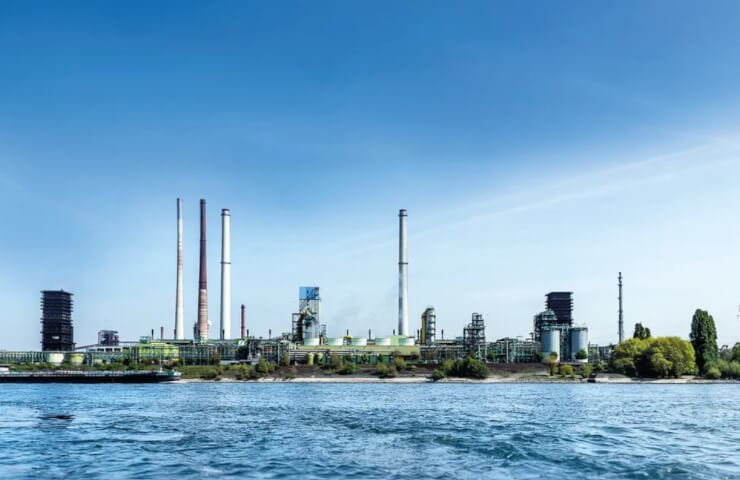 The German concern ThyssenKrupp has announced an investment of more than two billion euros in "green transformation". The management board of the group has decided to allocate funds for the construction of the first direct reduced iron (DRI) plant at the site in Duisburg. The ThyssenKrupp Supervisory Board supported this decision.

As the concern's press service clarified, its "green" project is still subject to state funding.

“The approval of this huge investment comes in the midst of a company restructuring, under conditions that are also very difficult for everyone. In this way, we emphasize our commitment to make a decisive and, above all, rapid contribution to the environmentally friendly transformation of steel. This is another step forward for our Steel Europe team, for our partners and for the Ruhr area. This region has everything you need for a successful green transformation. That is why the Ruhr area is at the forefront of the energy transition. We strongly believe in this, and this investment, which marks a turning point in steel production in the Ruhr area, is proof of that,” said Martina Merz, CEO of ThyssenKrupp.

According to Bernhad Osburg, CEO of ThyssenKrupp Steel Europe, Germany's first direct reduction plant with smelters will supply its customers with more than two million tons of high-quality steel produced with lower CO2 emissions per year than previously planned.

The first plant with a capacity of 2.5 million tons of direct reduced iron will be larger than originally planned. In this way, ThyssenKrupp accelerates the launch of low-CO2 steel production and makes an important contribution to the achievement of national and European climate targets. At the same time, the growing demand for green steel is being taken into account and the growth of the hydrogen economy is accelerating

As part of the tkH2Steel® transformation project, ThyssenKrupp Steel has developed an innovative and technologically advanced concept for the decarburization of steel production. Coal-fired blast furnaces have been replaced by hydrogen-fuelled direct reduction systems. The iron produced there, obtained by direct reduction with hydrogen, is liquefied for the first time in subsequent and specially designed smelting plants to produce high-quality pig iron.

All subsequent production steps can be carried out within the existing plant structure, including the steel mill, for efficient transformation. In the new plant concept, the entire portfolio of premium products can be produced with low CO2 emissions without sacrificing quality.

By increasing production capacity, ThyssenKrupp Steel has also significantly raised its climate targets. In 2030, it is planned to smelt about five million tons of low-CO2 steel, achieving a reduction in emissions of more than 30 percent, according to Arnd Köfler, chief technology officer of the concern.

Финансовая аналитика, прогнозы цен на сталь, железную руду, уголь и другие сырьевые товары. More news and analytics on Metallurgprom telegram channel - subscribe to get up-to-date market information and price forecasts faster than others.
Сomments
Add a comment
Сomments (0)
On this topic
Thyssenkrupp to build hydrogen-fueled steel plant by 2025
ArcelorMittal to Build a Billion Euro Waste Blast Furnace in Belgium
Iran boosts direct reduced iron exports by 25% to 1 million tons
Swedish state-owned mining company to switch to hydrogen for DRI production
Thyssenkrupp plans major investment in its steel division
E. ON and Thyssenkrupp output of the hydrogen system on the electricity market
Recommended:
Dneprovsky Metallurgical Plant received almost UAH 2 billion in net profit last year
EU extends anti-dumping duties on cold rolled steel from China and Russia
The European Union has sharply increased purchases of Russian titanium
News Analytics
Metinvest enterprises in Ukraine resumed work after massive shelling of29-11-2022, 11:59
The European Council added the violation of restrictive measures (sanctions) to28-11-2022, 14:22
The abolition of export duty in India may reduce the price of Turkish steel28-11-2022, 14:07
Australia and the UK aim to catch up and overtake China in the battery metal26-11-2022, 22:37
The United States imposed a ban on the import and sale of equipment from26-11-2022, 22:31
Commodity prices will fall, metals quotes will rise slightly - Focus Economics28-11-2022, 13:28
Platinum market to face shortage next year - WPIC22-11-2022, 18:25
Global steel demand falls and will fall by 2.3% in 2022: WorldSteel19-10-2022, 23:12
Iron ore prices fall to 11-month low15-10-2022, 10:36
China production cuts in winter will give limited boost to steel markets -15-09-2022, 10:09
Sign in with: