Tesla will buy the material from the Syrah refinery, which receives raw materials from its mine in Balama, Mozambique 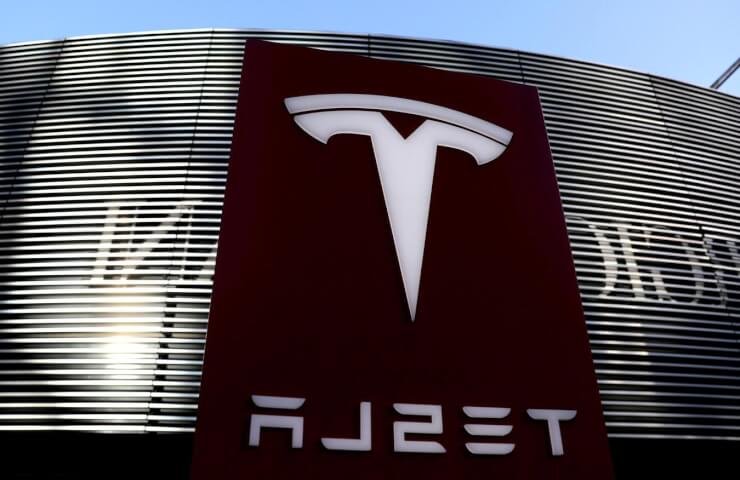 Tesla is approaching Mozambique for a key component of its electric vehicle batteries in what analysts say is a first-of-its-kind deal designed to reduce its reliance on China for graphite.

Last month, Elon Musk's company signed an agreement with Australia's Syrah Resources, which operates one of the world's largest graphite mines in the South African country. This is a unique partnership between an electric vehicle manufacturer and a mineral manufacturer that is critical for lithium-ion batteries. The amount of the transaction was not disclosed.

Tesla will buy the material from the company's Vidalia, Louisiana, refinery, which receives graphite from its mine in Balama, Mozambique. Under the agreement, starting in 2025, the Austin, Texas-based electric vehicle maker plans to buy up 80 percent of what the plant produces — 8,000 tons of graphite per year. Syrah must prove that the material meets Tesla's standards.

The deal is part of Tesla's plan to ramp up its own battery manufacturing capacity to reduce reliance on China, which dominates global graphite markets, Simon Moores said based on battery materials data and information British supplier Benchmark Mineral Intelligence.

“It all starts with geopolitics,” Moores said. “The US wants to build enough domestic capacity to be able to manufacture (lithium-ion batteries) in the US. And this deal will allow Tesla to obtain graphite independently of China.

Moores said making the batteries in the US would lessen some of the questions Tesla faces about its ties to China, where some mines have environmental issues. The automaker also opened a car dealership in the Xinjiang area, where Chinese officials are accused of forced labor and other human rights abuses against predominantly Muslim ethnic minorities.

Moores said the battery industry has been facing shortages of graphite in recent months. Graphite stores lithium inside the battery until it is needed to generate electricity by splitting it into charged ions and electrons.

This is as every major automaker is looking to switch to electric vehicles amid concerns about climate change.

Tesla makes almost a million electric vehicles a year, he says, and finding enough batteries is its biggest limitation.

"They've increased their own battery manufacturing capacity," Moores said, "but still, "they can't get enough batteries."

The new battery plant the company is building in its new hometown of Austin, Texas, will bring it closer to self-sufficiency, but Moores said he still buys batteries from other manufacturers, "and that's not going to change in that decade.

For example, Tesla entered into an agreement with Panasonic to manufacture batteries at a battery manufacturing plant near Reno, Nevada.

The Syrah deal is part of a broader effort by automakers to secure relatively scarce battery raw materials as demand for electric vehicles is expected to pick up, said Sam Abuelsamid, principal e-mobility analyst at Guidehouse Insights.

Tesla's deal with Syrah is unlikely to irritate the Chinese government, according to Abuelsamid, because China has many markets for its graphite, including an increase in domestic production of electric vehicles.

China, however, is Tesla's largest global market. He has a giant factory near Shanghai and sells about 450,000 vehicles a year there, compared to about 350,000 in the US, Abuelsamid said.

Moores says the deal is critical for the Australian mining company because it has a non-Chinese buyer for its graphite products.

The Syrah graphite mine in Cabo Delgado, Mozambique's northernmost province, is one of the largest in the world and can produce 350,000 tons of flake graphite per year.

Cabo Delgado has faced violence in recent years from Islamic extremists, an insurgency that has recently spread inland from coastal areas to the neighboring province of Nyasa.

The mine is located on the main road connecting the provinces of Cabo Delgado and Nyasa, which was recently upgraded by a Chinese contractor. At the opening ceremony of the road in December, President Filipe Nyusi called for vigilance to ensure that the road was not used by the rebels.

Финансовая аналитика, прогнозы цен на сталь, железную руду, уголь и другие сырьевые товары. More news and analytics on Metallurgprom telegram channel - subscribe to get up-to-date market information and price forecasts faster than others.
Сomments
Add a comment
Сomments (0)
On this topic
Coal is a new hope: scientists have succeeded in turning fossil fuels into anode-grade graphite
Tesla will become a strategic partner of one of the largest nickel mines
Japan's Sumitomo Metal invests $ 424 million in battery production
Severe lithium shortage compounded by protests against new mines
EU and Ukraine to sign preliminary deal for the supply of bauxite, lithium, titanium and strontium
Elon Musk to invest $ 1.06 billion in Texas Gigafactory
Recommended:
Nucor Rolls First Steel Sheet at New Kentucky Steel Plant
Norwegian startup to build €4bn green steel plant
Ukrzaliznytsia announced the purchase of rails in France cheaper than in Metinvest before the war
News Analytics
European steel price rise that began in January will be short-lived - MEPS26-01-2023, 14:44
Steel production in China rose in the first decade of January26-01-2023, 12:30
UK is ready to give 300 million pounds to save British Steel20-01-2023, 21:31
Carriage building plant in Kremenchug stopped production due to debts20-01-2023, 21:11
Europe's passenger car market records its worst year since the turn of the20-01-2023, 21:03
S&P: Russia will continue to dominate the steel export market in the Black05-01-2023, 11:22
Fitch Analysts Predict Big Drop in Global Steel Consumption This Year14-12-2022, 13:59
Analysts predict 5% annual growth in the iron casting market through 203006-12-2022, 12:44
Commodity prices will fall, metals quotes will rise slightly - Focus Economics28-11-2022, 13:28
Platinum market to face shortage next year - WPIC22-11-2022, 18:25
Sign in with: