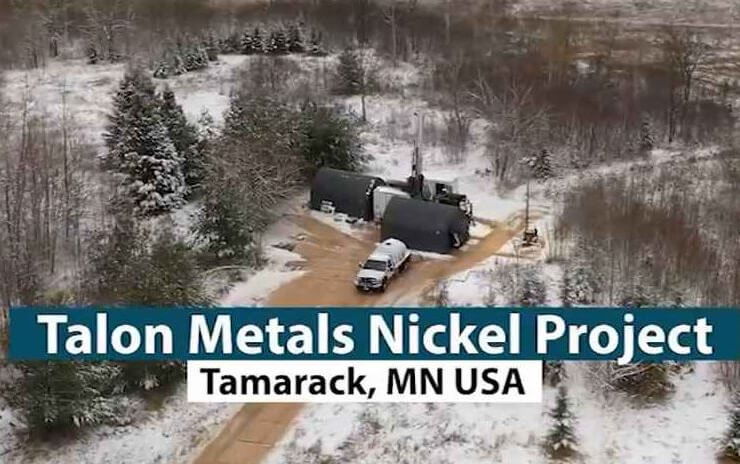 Tesla said on Monday that it has signed its first contract to supply nickel to the United States using Talon Metals Corp's Tamarack Minnesota project in Minnesota.

Under the terms of the deal, which Talon said came after detailed due diligence and "lengthy negotiations," Tesla will buy 75,000 tonnes of nickel over six years, with the option to increase the delivered tonnage.

Based on the current nickel price, the deal has a par value of over $ 1.5 billion. Any by-products of iron and cobalt from the proposed mine are also part of the deal. Tamarack is currently the only high quality nickel project in the United States under development and is a joint venture between Talon and Rio Tinto.

“This agreement marks the start of an innovative partnership between Tesla and Talon to responsibly manufacture battery materials right from the shaft to the battery cathode. Talon strives to meet the highest standards of responsible manufacturing that is fully traceable and has the lowest CO2 emissions in the industry, ”said Anri van Royen, CEO of Talon.

“Rio Tinto is working to support Talon in the launch of the Tamarack mine as we expand our portfolio of battery materials. We look forward to supplying Tesla with the nickel it needs to build its electric vehicles, ”said Rio Tinto Minerals CEO Sinead Kaufman.

Talon is due to begin commercial production in Tamarack by the end of 2025, which can be extended by agreement of the parties for up to 12 months, "after which Tesla has the right to terminate the agreement and Talon can decide to sell to other parties." p>

Talon, for its part, is committed to acquiring a 60% stake in Tamarack, a joint venture with Rio Tinto. Talon already owns 51% with the option to add another 9%. To maximize interest, it must pay $ 22.5 million in cash and stock to Rio Tinto, spend $ 10 million on exploration and development, and complete a feasibility study for the project.

The Tamarack Project, 210 km north of Minneapolis and 89 km west of Duluth, consists of the Tamarack North and Tamarack South projects with approximately 31,000 acres of private land and government leases.