New Caledonia's huge nickel reserves are critical to the local economy, and the Goro mine in the south of the island could become one of the largest nickel producers in the world. 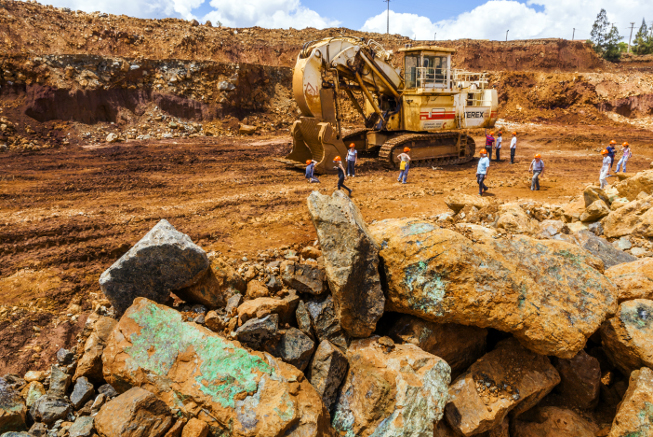 On Thursday, New Caledonian political parties reached an agreement to sell a key nickel mine in the region, triggering a crisis in the French-Territory government and jeopardizing the third independence vote scheduled for next year.

The huge Goro mine has been closed since December, when striking workers tried to storm administrative buildings to prevent it from being sold to Brazilian mining giant Vale.

New Caledonia is an overseas territory of France, located on dozens of islands in the South Pacific.

The mine will be sold to a consortium, which now includes employees as well as representatives from the three regional provinces, in a new deal struck by independence groups, loyalist parties and indigenous Kanaks.

Tesla has decided to become a technical partner for the developer of the nickel mine, whose products are needed for lithium-ion batteries for electric vehicles. Elon Musk's automotive firm will buy nickel from the Goro mine to ensure its long-term supply.

The move comes amid growing concerns about future nickel supplies.

New Caledonia is the fourth largest nickel producer in the world, with prices up 26% over the past year.

Under the agreement, Tesla will engage in a "technical and industrial partnership" to help with sustainability products and standards, and use nickel to make batteries.

The automaker will play the role of technical consultant in the development and improvement of the manufacturing process.

Mining company Vale said the deal "will enable production to continue on a sustainable path into the future, saving jobs and bringing economic benefits to the country."

Nickel is mined primarily in Russia, Canada, New Caledonia and Indonesia and is mainly used to make stainless steel. But the rise in electric vehicle production has added a new source of demand for the skyrocketing metal.

Recommended:
Ukraine has increased revenues from the export of ferrous metals by a third due to scrap metal and pig iron
Uralvagonzavod put into operation 334 units of new equipment in 2020
Kherson shipyard accepted for modernization two dry cargo vessels of the Dutch EEMS Werken
On this topic
Elon Musk called on mining companies to increase production of Nickel
The island with the largest Deposit of copper on the planet declared independence
The island with the largest Deposit of copper on the planet votes for independence
Vale expects global iron ore demand to grow 3% in 2020
Brazil To Continue Investigation Of Vale Dam Disaster Until Early 2020
Video of the dam break in Brazil posted on YouTube
Add a comment
Сomments (0)
News Analytics
Gas prices in Ukraine have reached a record value over the past two years -16-04-2021, 17:24
Ukrmetallurgprom asks the Antimonopoly Committee to allow Metinvest to bid for16-04-2021, 17:23
A fatal accident occurred on the territory of the Dnieper Metallurgical Plant16-04-2021, 13:01
Cars built for Euro 2012 will be repaired at the Kryukov Carriage Works16-04-2021, 12:46
Novokramatorsk Machine-Building Plant has raised wages for the second time16-04-2021, 12:54
World Steel Association predicts a good year for metallurgists15-04-2021, 18:19
World Steel Association defines green steel and its variations12-04-2021, 13:14
China unlikely to cut steel capacity in 2021 due to high steel prices07-04-2021, 12:11
Scrap metal market at the beginning of April02-04-2021, 11:10
Rising Chinese Prices Fueled Rising Global Steel Prices - MEPS25-03-2021, 18:54
Sign in with: