Employees of the Chilean Codelco, the largest copper mining company in the world, went on an indefinite strike. They are protesting against the closure of the smelter. The government decided to shut down the plant due to the large environmental impact. Trade unions, on the other hand, are afraid of mass layoffs and say that instead of closing, the authorities could invest in the installation of modern sewage treatment systems. 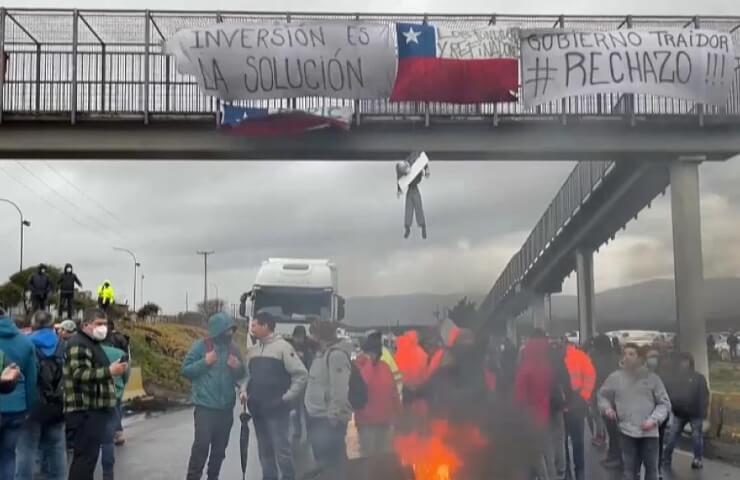 The union of workers at Chile's largest mining company, Codelco, has launched a nationwide strike to demand that the government's decision to close one of the group's mines be overturned.

"Workers at Chuquicamata, the world's largest copper, gold and molybdenum open pit mine, have already joined the national strike in support of Ventanas plant personnel for Chilean copper smelted and refined in Chile," the union said in a blog post on Twitter.

The final decision to close the Ventanas smelter was made by President Gabriel Borić on June 17, after a thirty-year discussion about the pollution of the region with sulfur dioxide and particulate matter.

In a statement released the day before, union workers warned that any attempt to influence the striking miners would radicalize the protest.

Codelco is the world's largest copper producer and Chile's largest taxpayer. The company, which employs over 15 thousand people, produces about 8% of the world's copper.

Финансовая аналитика, прогнозы цен на сталь, железную руду, уголь и другие сырьевые товары. More news and analytics on Metallurgprom telegram channel - subscribe to get up-to-date market information and price forecasts faster than others.
Сomments
Add a comment
Сomments (0)
On this topic
Chilean elections could affect a third of the world's copper supply
Chilean Codelco loses millions of dollars due to strike in Chuquicamata
Working the world's largest copper mine joined the protests in Chile
Confederation of free trade unions of Ukraine supported the protests in Chile
Lithium mining in Chile's Atacama sparks controversy over flamingo habitat
Chile refused to accept the climate conference of the UN
Recommended:
Steel prices in the EU continue to fall as the summer holidays begin
Tesla sells off most of its bitcoin holdings
Novokramatorsky Mashzavod announced the start of the procedure for the "compulsory alienation" of property
News Analytics
China reduced steel exports in July by one million tons or 12%08-08-2022, 17:41
World steel prices have moved from a protracted fall to growth08-08-2022, 16:27
Ferrexpo's net profit in the first half of the year decreased by 88%03-08-2022, 10:20
Ukrainian gas transportation system allowed to pump biomethane03-08-2022, 10:18
The strategy for the development of Russian metallurgy will be "quickly02-08-2022, 14:02
The US market may begin a collapse in prices for thick sheet14-07-2022, 09:39
High iron ore shortage could halt metallurgy's green transition28-06-2022, 14:02
Price volatility hits global steel market27-06-2022, 19:28
Recovery in China could be key to rising global steel prices - MEPS24-06-2022, 14:00
Conflict in Ukraine spurs Europe's drive for clean energy03-06-2022, 12:14
Sign in with: