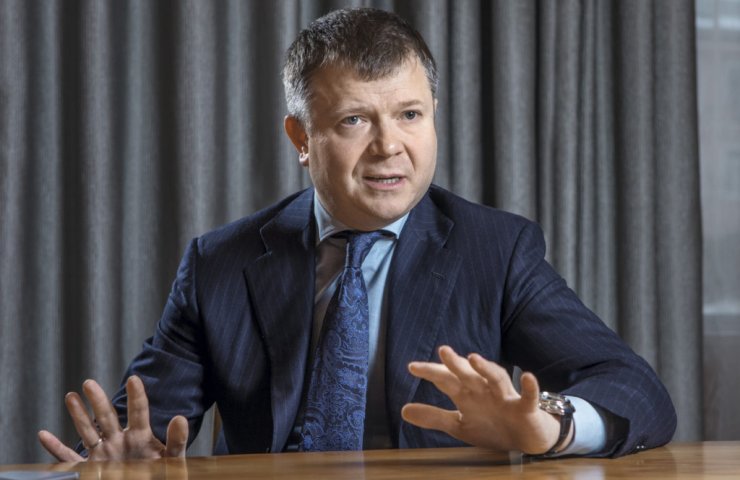 Konstantin Zhevago, the Ukraine in the embezzlement of 2.5 billion, decided to resign as CEO of a mining company Ferrexpo.

"Konstantin Zhevago informed the Board of Ferrexpo about his decision to temporarily vacate his position as CEO of the group to focus on particular issues in Ukraine, concerning one of the companies he owned up to 2015", - stated in message press office.

the Board, including himself Zhevago, said that this temporary change of leadership is necessary in the interests of all shareholders so it can focus on current Affairs in Ukraine, it has no impact on the company's operations.

"Zhevago still has the full support of the Council," - said in Ferrexpo.

the Acting Director General of the Board of Directors appointed CFO Chris Mawe.

"Mave will assume all Executive responsibilities of the Konstantin Zhevago in addition to his existing financial obligations", - have informed in the company.

Zhevago will remain on the Board of Directors as independent non-Executive Director.

These changes will take effect immediately and will be in effect until further notice, said the press service of Ferrexpo.

according to data on the London stock exchange, last week the share price of Ferrexpo decreased by 6.7% or £ 0.07 to £ 1,335. Thus the value of the shares of the company is reduced for a fifth consecutive week amid the scandal with the Ukrainian Bank.

Ferrexpo is a Swiss iron ore company with headquarters in Ukraine. For 40 years she is engaged in the production, processing and sale of iron ore pellets of high quality for the global steel industry. Ferrexpo's resource base is one of the largest deposits of iron ore in the world. In 2018, the group produced 10.6 million tonnes of pellets, up 2% compared to 2017, making it the third largest exporter of pellets to the global steel industry with a market share of about 8%.

Ferrеxpo plc owns 100% of Ferrexpo AG, which in turn owns 100% shares of Poltava GOK and 100% of the shares of the eristovsky GOK.

Recommended:
In China, sales of construction metal products fell sharply
European Steel Association expects improvement in steel demand in Europe by 13.3%
Chinese Skynet will search and catch corrupt officials hiding abroad
On this topic
Head of Zaporizhzhya CI: Zaporizhstal owners are terribly concerned about Shurma's departure
Investigation results: The crash of the Boeing 737 Max Lion Air was caused by a combination of 9
The general director of the shipbuilding company Vadim Novinsky resigned
Heating season in Ukraine: where there can be problems with heat and why
Ferrexpo denies reports of legal prosecution of Konstantin Zhevago
Gas as a weapon of Russia's hybrid war: how to deal with it?
Add a comment
Сomments (0)
News Analytics
US Senate Adopts $ 1.9 Trillion Stimulus Package06-03-2021, 23:54
Tibet invests about $ 30 billion in infrastructure projects in 5 years06-03-2021, 14:39
Siemens Energy promised Deutsche Welle to closely monitor democracy in Belarus06-03-2021, 10:32
US and EU suspend the collection of duties that were imposed against each other05-03-2021, 22:48
Turboatom and Electrotyazhmash discussed prospects for cooperation under05-03-2021, 19:04
Spread between raw materials and high strength alloy steel in Europe increased01-03-2021, 20:21
Increase in prices is forecasted in the markets of steel raw materials -26-02-2021, 09:25
Troy ounce of gold will drop $ 500 in two years - Fitch25-02-2021, 18:29
Global iron ore production growth to outstrip cumulative production in India23-02-2021, 10:22
Fitch Ratings Warns of “Shocking Impact” on Fossil Fuel Exporters18-02-2021, 14:44
Sign in with: