Mining companies will continue to use the technology of Autonomous drones as a Supplement to the new IOT solutions to improve the efficiency of the operation of mines and safety of workers. 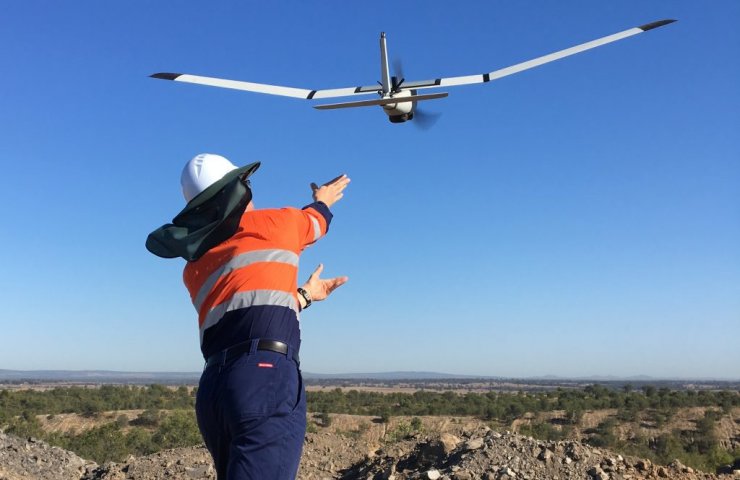 Solutions Fitch expects that in the coming years, the miners will increasingly use the technology of drones to increase the efficiency of the operation of mines and safety of workers. Over the past few years the technology of unmanned aerial vehicles - a relatively recent addition to mining. For example, the Australian mining company BHP started to introduce the technology of drones in 2017 at coal mines in Queensland and the Olympic Dam mine in South Australia. The usefulness of this technology lies in its ability to quickly explore various areas of mining that has led to increased worker safety and increased productivity.

for Example, the drones can control the cranes, towers, slopes and areas of blasting operations by reducing the employees ' involvement in more dangerous places. In addition, drones can collect data more often and take off the transport routes and ore reserves, which allows mine operators to assess whether current operations are planned to plan, and to assess the need for maintenance. The announcement BHP in 2017 was stated that the aerial shots, usually performed by aircraft can now be performed by unmanned aerial vehicles, allowing the company to save about $ 3.4 million per year.

Fitch Solutions expect that firms will adopt a strategy of possession of Autonomous unmanned aerial vehicles, as technology improves, and the rules allow her to use, providing firms with greater freedom to conduct surveys on request. In addition, it is expected that drones with longer flight capabilities will be preferable because such a device could theoretically cover a large area before having to recharge or replace batteries, which saves time.

Environment of low prices for industrial metals will encourage mining companies to implement technological improvements. Because of the low price of metals affect sustainable financial performance and investment opportunities for large-scale investments, it is expected that the miners will be looking for technology to reduce costs or increase productivity of their operations.

In November 2019 technical startup Iris Automation performed the first flight of the drone over long distances, approved by the FAA BVLOS, which was not used ground-penetrating radar or manned by the observer. Previously, the Federal aviation administration USA (FAA) was required as a manned observer and a ground radar system for flight of UAV BVLOS that, according to government officials, could cost up to 50 million US dollars. To the extent that, as regulators develop more flexible rules for BVLOS, it is expected that the rate of movement of Autonomous UAVs will increase, which will contribute to further implementation and improve efficiency during mining operations.

Recommended:
DTEK is ready from may 15 to resume work Pavlogradugol under the condition of stabilization in the market
At the plant "Energomashspetsstal" was accepted shell of the reactor vessel for Tianwan NPP
Ukraine has lost a third of steel production and fell to 15th place in the ranking of Worldsteel
On this topic
Minamaneho heard the reports of heads of several state-owned mines
Акционеры BHP Billiton не поддерживают выход компании из угольных ассоциаций
Австралия выделяет деньги на новые технологии в горнодобывающей промышленности
BHP выделяет 400 миллионов долларов на сокращение уровня загрязнения от своей деятельности
Ценовой пузырь на рынке руды скоро быстро сдуется
Новые правила IMO могут увеличить стоимость перевозок железной руды до пяти долларов за тонну
Add a comment
Сomments (0)
News Analytics
USA to investigate the imports of mobile cranes, regardless of country of origin28-05-2020, 11:22
Производство и потребление металлопроката в Украине за 4 месяца 2020 г.28-05-2020, 11:37
Boeing возобновил производство 737 MAX на заводе компании в Рентоне28-05-2020, 09:27
The European Commission unveiled a plan for economic recovery after the pandemic27-05-2020, 17:45
In the first quarter, Ukraine paid for the import of vehicles by almost a27-05-2020, 13:26
American steelmakers are faced with an unexpected problem associated with the14-05-2020, 09:09
Relying on the incentives, Chinese steelmakers increase production30-04-2020, 10:20
The rapid recovery of the steel market in China leads to a drop in iron ore22-04-2020, 13:11
Platts: steel Market of China will not be able to recover until the second half20-04-2020, 12:25
Express analysis of the steel market in the new economic environment: companies06-04-2020, 12:51