BHP Group will provide the largest steelmaker in China with the money and technology that can reduce CO 2 . 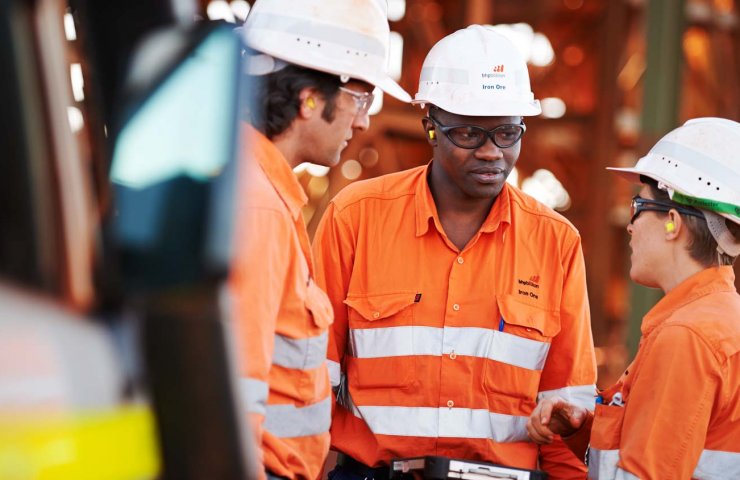 An Anglo-Australian mining company and China Baowu Group signed a memorandum of understanding on decarburization of steelmaking, a highly polluted industry thought to account for up to 10 percent of global greenhouse gas emissions.

As part of the five-year partnership announced Friday, BHP is investing $ 35 million in mild steel technology and will share its expertise with Baowu, one of its largest customers. This includes a potential carbon capture and storage project at one of Baowu's manufacturing sites in China and the use of low-carbon fuel sources such as hydrogen blends.

“Our investments are focused on actions that can make a real difference in emissions,” said Mike Henry, CEO of BHP.

Investors are pressuring mining companies to reduce their carbon footprint to meet the goals of the Paris Climate Change Agreement.

However, the discussion has shifted from emissions generated directly by their mining operations to so-called Category 3 emissions, which include the greenhouse gases generated by their customers and their huge fleet.

However, BHP has pledged to develop technologies and approaches that will reduce the carbon intensity of steelmaking by 30% and reduce shipping by 40%, in line with new climate targets set in September.

The company recently announced a deal to charter five bulk carriers powered by LNG to transport iron ore between China and Australia. It argued that this would reduce greenhouse gas emissions by more than 30 percent per voyage compared to traditional marine bunkering fuel.

However, his planned investment in the $ 35 million partnership with Baowu is marginal compared to his underlying net income, which surpassed $ 9 billion last year. As such, he is likely to be criticized by activists who accused the company of insufficient efforts to reduce emissions.

Decarburization of the steel industry is one of the biggest challenges in the fight against climate change. More than 70 percent of the world's steel is produced in blast furnaces, where coking coal is used to remove oxygen from iron ore to produce metallic iron.

While major producers including ArcelorMittal, Thyssenkrupp Steel and Baowu are testing hydrogen-based steel production, these low-carbon alternatives are not expected to be commercially viable in the near future.

BHP expects coal-fired blast furnaces to continue to supply more than half of steel production in 2050, making the industry and its suppliers accountable for increasing productivity and using carbon capture and storage technologies.

“As a leading company in the sector, China Baowu will play an active role in the implementation of low-carbon technologies, working with upstream and downstream partners,” said steel chairman Chen Derong in a statement.

Recommended:
EU starts monitoring bioethanol to prevent spike in imports
Zaporizhstal will install an oxygen station in the Zaporizhzhya regional infectious diseases hospital
Ukraine expects difficult negotiations on trade in metal products as part of the renewal of the agreement with the EU and the "green " course - Stefanishina
On this topic
Corum Group of Rinat Akhmetov and the Czech investment company signed a Memorandum of cooperation
Fitch analysts predict a rise in the use of drones in the mining industry
Rio Tinto will invest USD 749 million in iron ore mine in Western Australia
BHP Billiton shareholders do not support the company's withdrawal from coal associations
BHP Provides $ 400 Million to Reduce Pollution from Its Operations
New IMO rules could increase the cost of transporting iron ore to $ 5 per ton
Add a comment
Сomments (0)
News Analytics
German high-speed trains will ride on Ukrainian wheels30-11-2020, 16:26
Diplomatic squabble between Beijing and Canberra crashes coke imports into China30-11-2020, 15:53
The European Commission announced the reduction of industrial emissions by 2%30-11-2020, 15:43
Ukraine does not plan to release shells and cartridges in the coming years -30-11-2020, 15:59
UK investigates human death due to air pollution for the first time in history30-11-2020, 14:37
European Union scrap collectors worried about possible export restrictions18-11-2020, 10:41
Occupational diseases of workers in the extractive industry: types and ways to16-11-2020, 17:49
Eurofer expects recovery in EU steel demand05-11-2020, 09:47
Hot rolled carbon steel demand will continue to grow by 4% pa until 203004-11-2020, 16:14
Platts Steel Trade Review: China Will Decide Asia's Fate30-10-2020, 10:04
Sign in with: