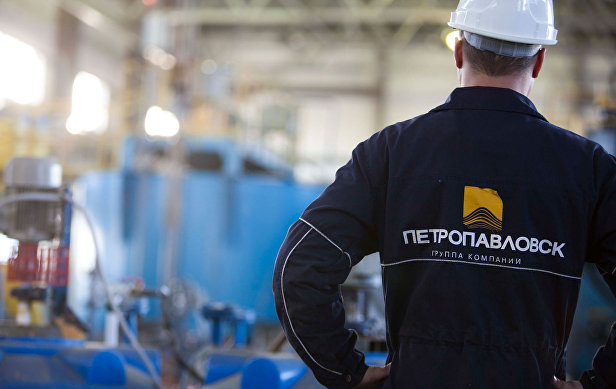 Sovereign Fund Abu Dhabi Investment Authority, owned by the Emirate of Abu Dhabi, bought a 4.5% stake in one of the largest gold companies in Russia Petropavlovsk plc., it is told in the company message.

Share of the Fund is approximately 149 million shares, which at current prices is estimated at 17.3 million pounds. Owned the Fund shares of the company not previously disclosed.

In mid-July 2019 — NGO "Altair" Roman Trotsenko became the largest shareholder of Petropavlovsk, bought 22.4 percent of the shares in a gold company.

Petropavlovsk Plc is among the top five Russian companies by production of gold. The main assets are concentrated in the Amur region, where it operates four mining and hydrometallurgical plant — the Pokrovsky mine, pioneer, Malomir and Albyn.

Recommended:
The company "Ukrhydroenergo" entered the TOP-5 of the most profitable state-owned enterprises of Ukraine
VostGOK in the first half of 2021 reduced the production of uranium concentrate by 45%
"The Birth of Steel" appeared at Azovstal in place of the decommunized Sergo Ordzhonikidze
On this topic
Jihadists undermine the extraction of gold in Burkina Faso attacking mine
Nordgold Alexey Mordashov put up for sale two mines in Buryatia
Russia will reduce the share of dollars in its sovereign wealth Fund
Ghana remains a major importer of manganese ore in Ukraine
Barrick completes acquisition of Acacia Mining
In Kamchatka, a bear tore an employee of a gold mining company
Partner news
Сomments
Add a comment
Сomments (0)
News Analytics
Ukroboronprom confirmed the intentions of Antonov State Enterprise to start25-07-2021, 11:15
Gazprom reacted to the refusal of Naftogaz of Ukraine to buy Russian gas with25-07-2021, 11:00
Iron ore has become a strategically important raw material for defense -24-07-2021, 11:06
Vietnam overtook Ukraine in the world ranking of steel-producing states24-07-2021, 11:38
Port "Yuzhny" has set a record for the speed of loading pig iron on a ship24-07-2021, 10:10
On the regional markets of metallurgical products, prices are balancing in a22-07-2021, 16:22
Demand for armaments will ensure a stable growth of armored steel sales by 4%20-07-2021, 10:10
Protectionist Measures Support European Steel Prices Despite Summer Lull19-07-2021, 11:02
Positive price growth is observed in the markets for metallurgical products16-07-2021, 14:12
European steel market is in confusion: price growth has slowed down, but no one21-06-2021, 17:40