Another corporate conflict in the Petropavlovsk company began after the arrival of a new major shareholder, Yuzhuralzolot, at the beginning of this year. 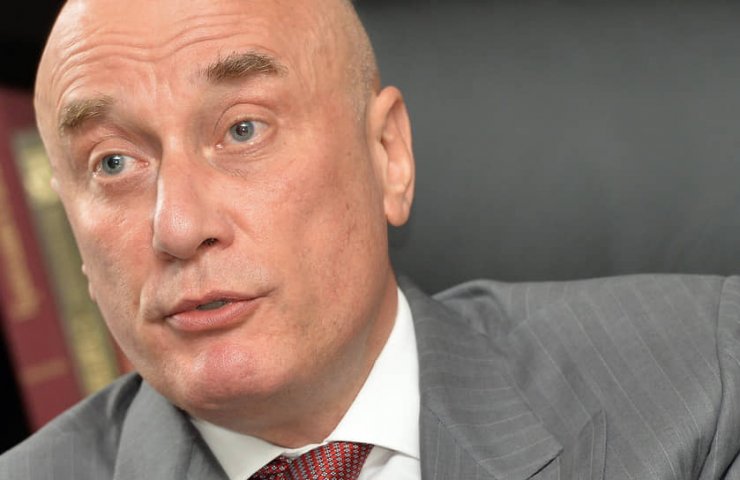 The Tverskoy Court of Moscow on December 25 arrested one of the founders and the former general director of the Petropavlovsk company Pavel Maslovsky on charges of embezzlement. This was announced by the press secretary of the court Olga Bondareva.

The arrest took place on the birthday of a 64-year-old businessman. The Ministry of Internal Affairs of the Russian Federation clarified that Maslovsky was arrested in the case of embezzlement of the assets of his enterprise in the amount of more than 95 million rubles. He is charged with Article 160 of the Criminal Code (embezzlement or embezzlement committed on an especially large scale, up to ten years in prison).

The press service of Petropavlovsk on Thursday declined to comment and reminded that Maslovsky no longer works in the group. They recalled that in the summer of 2020, the company's shareholders meeting initiated an independent investigation of a number of transactions over the past three years, while Maslovsky was CEO.

Maslovsky left the post of CEO of the Petropavlovsk company he founded in August 2020. This was preceded by the purchase of a 22.37% stake in Petropavlovsk PLC by the owner of the Yuzhuralzoloto gold miner, Konstantin Strukov, with whom Maslov began to disagree. The criminal prosecution of Maslovskrgo began several months after his dismissal. According to sources familiar with the situation, this happened as a result of a corporate conflict between the top managers of Petropavlovsk and the general directors of the mines.

Maslovsky founded Petropavlovsk in 1994. In 2011, he became a member of the Federation Council from the Amur Region, but in 2014 he resigned ahead of schedule. Maslovsky is included in the list of 200 richest Russians according to Forbes. The magazine estimates his fortune at $ 450 million.

The Company's shares are also traded on the Moscow Exchange and are part of the flagship RTS /MOEX index. The main operating mines of Petropavlovsk (Pioneer, Malomir and Albyn) are located in the Amur Region in the Russian Far East. Since the start of production in 1994, Petropavlovsk has produced a total of about 8.1 million ounces of gold and has extensive experience in the development, expansion and optimization of assets.

Recommended:
Workers of uranium mining mines in Ukraine are preparing new protests
Belgium bans flights and trains from Great Britain due to new strain of coronavirus
Full-scale construction of the southern section of the eastern route of the China-Russia gas pipeline begins
On this topic
Ferrexpo has achieved the removal of restrictions on operations with shares of Poltava GOK
Dockers in Vladivostok attacked the president of the FESCO transport group (Video)
District court of Kyiv imposed a new restriction for 50.3% of Ferrexpo Poltava Mining
Ferrexpo has achieved removal of arrest from shares of Poltava GOK
Two Russian citizens can be jailed in the US for 20 years for trying to buy turbine, the Vectra 40G
Konstantin Zhevago has resigned as CEO of Ferrexpo due to issues in Ukraine
Add a comment
Сomments (0)
News Analytics
Interpipe Steel: green metallurgy in Ukraine turns 9 years old18-01-2021, 15:28
Ukrmetallurgprom clarifies data on iron and steel smelting in Ukraine for 202018-01-2021, 12:50
At least 12 living miners remain under the rubble of a mine blown up on January18-01-2021, 11:47
In the Republic of Tuva, a citizen of China died as a result of a collapse in a17-01-2021, 11:44
Lenovo remains the global leader in personal computer shipments in 202017-01-2021, 08:19
China will overtake the United States to become the world's largest economy in27-12-2020, 12:04
The shortage in the US steel market will last at least until the end of the25-12-2020, 11:36
Steel production in China to surpass one billion tons this year23-12-2020, 10:59
Iron ore prices hit seven-year high and continue to rise15-12-2020, 10:26
Prices for metallurgical raw materials continue to rise in regional markets10-12-2020, 11:32
Sign in with: