Belarus bought in Saudi Arabia for 80 thousand tons of oil

Belarus started alternative buying oil, buying Norwegian oil in January, when it acquired the Azerbaijani Azeri Light delivered through the Ukrainian port of Odessa in March and April. 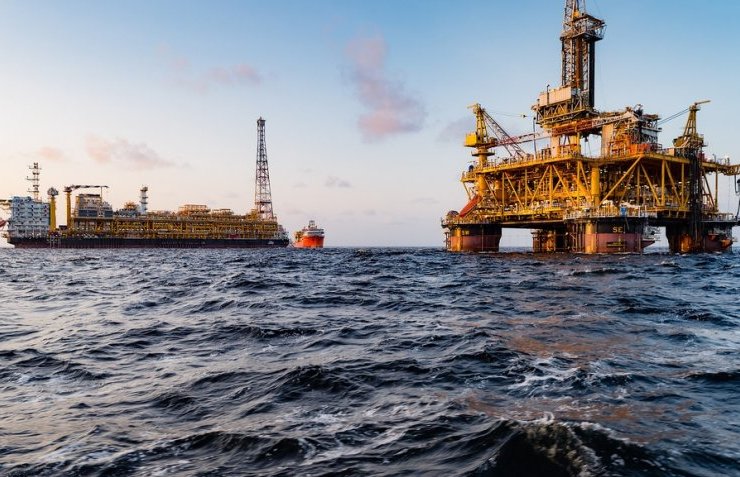 Belarus actively seeking an alternative to Russian oil from the beginning of this year, bought the first shipment of oil from Saudi Arabia, according to the state oil company "Belneftekhim".

it is Reported that the company bought 80,000 tonnes of crude oil Arab Light by a public company, Saudi Aramco for delivery to the port of klaipėda in may of 2020.

This move reflects the growing competition in the physical markets of oil between Russia and Saudi Arabia as both countries are fighting for markets in the conditions of falling world demand for oil.

Minsk made many efforts to diversify oil sources amid a pricing dispute with Moscow, which led to a partial suspend supplies Russian oil to Belarus in January.

In April, the two States reached an agreement, and pipeline deliveries of Russian oil to Belarus was fully resumed, but Minsk said that in any case will keep alternative supplies of oil.

the Ionic Astrapi Tanker loaded crude oil at Sidi Kerir 27 April and is expected to arrive in Klaipeda on may 11.

Oil is shipped to refineries by rail.

Crude oil Arab Light closest to the quality of the Russian flagship Urals crude oil, making it the most suitable for the Belarusian oil refineries, according to traders.

According to traders, Saudi Aramco lowered its official selling prices for April, the volume within the price war with Russia, making it an attractive oil for Belarusian oil refineries, despite the high transport costs.

Recommended:
Morgan Stanley: It's time to return to Russian assets
Europe invests about $ 150 billion in hydrogen projects - report
Zaporizhstal: production results in February 2021
On this topic
Saudi Arabia expels Russia from nefterynka of the European Union
Saudi Arabia plans to sequester budget by 20% to win a price war in the oil market
Who declared a state of emergency is not due to the outbreak of coronavirus in China, and due to
In departments of Sberbank will open a McDonald's
Negotiations of Ukraine and Russia on gas Thursday will not be - Reuters
Los Angeles Times: a Perfect storm in the American market of steel
Add a comment
Сomments (0)
News Analytics
US Senate Adopts $ 1.9 Trillion Stimulus Package06-03-2021, 23:54
Tibet invests about $ 30 billion in infrastructure projects in 5 years06-03-2021, 14:39
Siemens Energy promised Deutsche Welle to closely monitor democracy in Belarus06-03-2021, 10:32
US and EU suspend the collection of duties that were imposed against each other05-03-2021, 22:48
Turboatom and Electrotyazhmash discussed prospects for cooperation under05-03-2021, 19:04
Spread between raw materials and high strength alloy steel in Europe increased01-03-2021, 20:21
Increase in prices is forecasted in the markets of steel raw materials -26-02-2021, 09:25
Troy ounce of gold will drop $ 500 in two years - Fitch25-02-2021, 18:29
Global iron ore production growth to outstrip cumulative production in India23-02-2021, 10:22
Fitch Ratings Warns of “Shocking Impact” on Fossil Fuel Exporters18-02-2021, 14:44
Sign in with: