The Songzao coal mine accident was the latest in a string of deaths in a country with a poor industrial safety record. 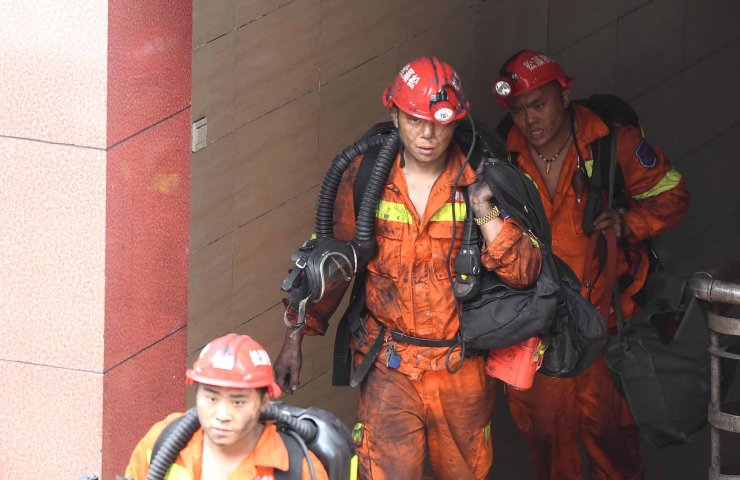 Sixteen people died in an accident at a coal mine in southwest China on Sunday, the official Xinhua news agency reported.

Chinese mines are considered one of the deadliest in the world.

According to Xinhua News Agency, the level of carbon monoxide was raised in the mine, as a result of which 17 miners in Chongqing were trapped. The lone survivor is in the hospital.

According to the county government, the accident occurred at the Songzao coal mine, owned by a local energy company, early Sunday morning.

Carbon monoxide levels have exceeded safety limits due to the burning of the tapes in the mine, Xinhua News Agency reported.

A rescue team of 75 people was sent to the mine, 30 medical workers arrived at the site.

Recommended:
Metinvest extended maturity of bonds
KAMAZ to open an iron casting plant in Kostanay
The fire at Severodonetsk Azot was extinguished by the enterprise
On this topic
Four people were killed in the collapse of rocks at the gold mine in South Africa
China to build space solar power
Rio Tinto will invest USD 749 million in iron ore mine in Western Australia
In Luhansk region the miners refused to come to the surface
Congo Glencore mine disaster kills at least 39 people
Dry cargo market prospects deteriorate after Brazil dam disaster
Add a comment
Сomments (0)
News Analytics
Worldsteel Celebrates Rapid Recovery in Steel Sectors26-10-2020, 11:03
Components and spare parts for Dong Feng cars24-10-2020, 20:52
Steel production in September 202023-10-2020, 17:21
Innovative matrix headlights on the Audi E-Tron19-10-2020, 22:43
Tensions rise between China and Australia over commodity trade14-10-2020, 18:15
Dolomite powder market to reach USD 33.44 billion by 202705-10-2020, 12:33
Iron ore prices to surpass six-year high soon16-09-2020, 10:32
World Oil Demand Peak May Be Over - BP15-09-2020, 09:05
China expands car market capacity by increasing demand for steel and metals11-09-2020, 10:56
Prices continue to rise in the long and flat steel markets08-09-2020, 14:25
Sign in with: