18 people die after carbon monoxide leak in China coal mine

Coal mining at this mine was suspended in October and the incident is under investigation. 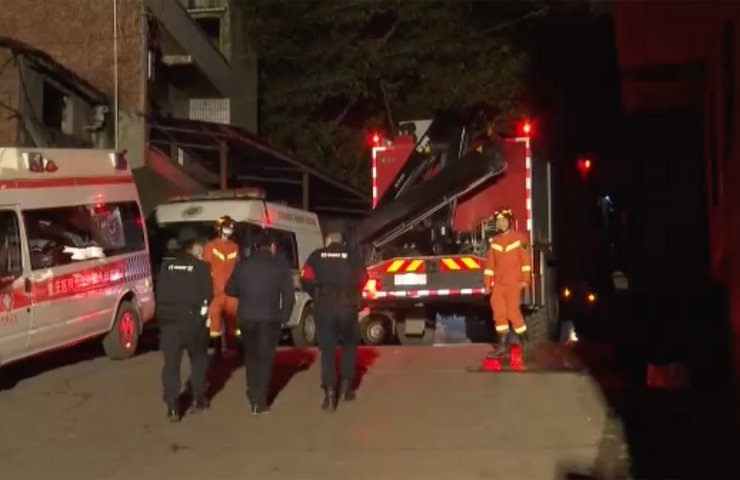 At least 18 people have died in a coal mine in Chongqing, southwestern China, as a result of a carbon monoxide leak, state media reported on Saturday.

Twenty-four miners were trapped underground at the Diaoshuidong Mine in Yunchuan District around 5:00 pm (9:00 am GMT) on Friday.

One of the survivors was successfully evacuated from the affected area, rescue operations continue, according to the official CCTV broadcaster.

Diaoshuidong is a high-gas mine with an annual production of 120,000 tons of coal, Xinhua reports.

Chinese mines are known as some of the most dangerous in the world. In the early 2000s, thousands of people died every year in accidents underground, paying with their lives for China's rapid economic growth.

According to the China Labor Bulletin, the number of accidents and deaths has steadily declined since then, mainly due to the closure of small mines and falling demand for coal.

The most recent deaths of miners in China were recorded in September, when sixteen people died from carbon monoxide poisoning at the Songzao coal mine, also in Chongqing. Death occurred after a conveyor belt fire. Only one miner was rescued.

Recommended:
Japan may declare state of emergency due to explosive growth of coronavirus infections
Energy efficiency in machine-building enterprises: a list of typical effective measures has been prepared
"Metinvest " in October reduced revenue by 4.8% compared to September, EBITDA by 1.6% with an increase in the indicator from the joint venture
On this topic
China's coal mine kills 16
Ford Motor and Toyota Motor have stopped their conveyors in China until February 10
China has commissioned a second aircraft carrier and is preparing to launch the third
Four people were killed in the collapse of rocks at the gold mine in South Africa
Jihadists undermine the extraction of gold in Burkina Faso attacking mine
Chongqing alumina refinery in China reopens
Add a comment
Сomments (0)
News Analytics
YUZHMASH expects the adoption of the new space program of Ukraine in the near22-01-2021, 15:18
Eleven miners still await rescue from exploded gold mine in China22-01-2021, 12:34
Rivne NPP shut down power unit No. 122-01-2021, 12:13
Russia will start producing "green" hydrogen22-01-2021, 10:47
High-speed railway launched in China Beijing-Harbin highway22-01-2021, 10:22
China will overtake the United States to become the world's largest economy in27-12-2020, 12:04
The shortage in the US steel market will last at least until the end of the25-12-2020, 11:36
Steel production in China to surpass one billion tons this year23-12-2020, 10:59
Iron ore prices hit seven-year high and continue to rise15-12-2020, 10:26
Prices for metallurgical raw materials continue to rise in regional markets10-12-2020, 11:32
Sign in with: