Last month, the provincial government said it approved the opening of the mine after it was closed due to safety concerns. 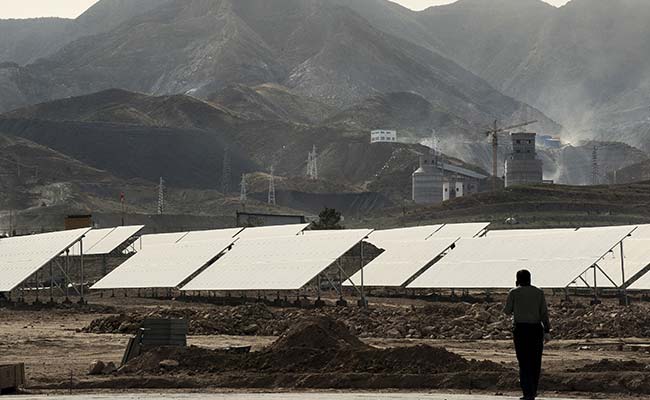 On June 4, 2021, at 5:50 pm local time, coal and gas were released at the bottom of mine No. 3002 of Coal Mine No. 6 of Hebi Coal and Electricity Co., Ltd. As a result of the accident, 1 person died, 7 people were missing. About this reported on the website of the Hebi city government, Henan province, China.

In January that ten miners were killed in an explosion at a gold mine in China's coastal Shandong province.

Chinese mines are considered one of the deadliest in the world.

China conducts safety checks at coal mines across the country, but record high coal prices are forcing miners to ramp up production to fill the supply gap.

Финансовая аналитика, прогнозы цен на сталь, железную руду, уголь и другие сырьевые товары. More news and analytics on Metallurgprom telegram channel - subscribe to get up-to-date market information and price forecasts faster than others.
Сomments
Add a comment
Сomments (0)
On this topic
The largest metallurgical company of China Baowu may have become the world's largest
China Gold wants to buy $ 2 billion in new assets
Mining companies concluded record number of M&A deals at the end of 2020
Canadian gold mining company accuses Kyrgyzstan of raider seizure of the mine
China's largest steel producer to become even larger and number one in the world in terms of
A billion tons of cargo have passed through the port of Dubai in 10 years, and most of them are
Recommended:
British Steel owner asks government for financial support
Financial giant Goldman Sachs begins massive layoffs
The destruction of the dam of the Kyiv hydroelectric complex will not be a disaster - Ukrhydroenergo
News Analytics
British Steel owner asks government for financial support05-10-2022, 13:05
The price of gold crossed the mark of 1700 dollars05-10-2022, 13:28
US coal prices top $20004-10-2022, 10:16
Tata Steel merger plan to secure long-term profits03-10-2022, 10:46
US hydrogen prices to drop to zero dollars per kg in 5 to 6 years: Platts02-10-2022, 21:53
China production cuts in winter will give limited boost to steel markets -15-09-2022, 10:09
Steel prices may rise as manufacturers stop production11-09-2022, 14:06
IREPAS: The global long products market is in a "dramatic situation"10-09-2022, 20:49
Steel prices are unlikely to rise significantly in the near future - analysts02-09-2022, 22:58
Steel prices may move up on new data from China31-08-2022, 12:19
Sign in with: