28 officials prosecuted for explosion at gold mine in East China

The accident resulted in direct economic losses of over 68 million yuan (about US $ 10.5 million). 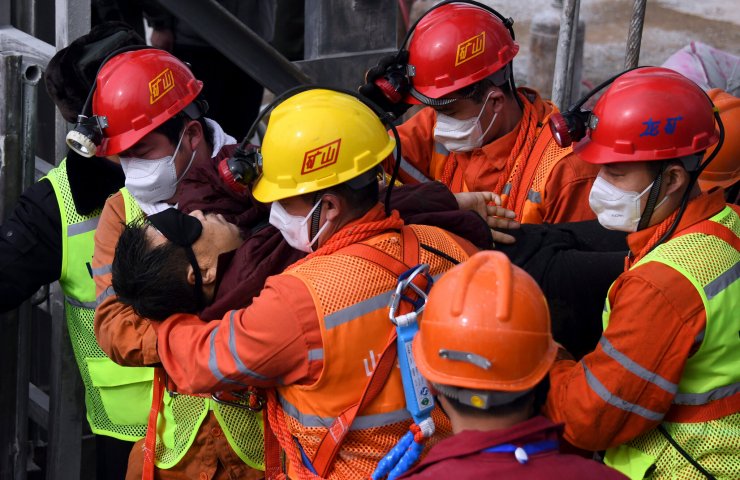 A total of 45 people, including 28 officials, have been prosecuted for an explosion at a gold mine in Qixia, eastern China's Shandong province, that killed 10 people and one miner missing.

According to the report of the investigation team, the cause of the incident was illegal storage and use of explosives, as well as improper operation at the mine mouth.

The accident investigation team's report also noted that Shandong Wucailong Investment Co. Ltd., which owns the gold mine, and the Qixia City authorities withheld information about the accident and delayed reporting of the incident.

The public security authorities opened criminal cases and launched an investigation against Yao Xiuxia, who was secretary of the Qixia City CPC committee at the time of the gold mine accident, and Zhu Tao, then deputy secretary of the city party committee and mayor of Qixia City, who are responsible for untimely reporting of the accident and hiding information about the incident.

A total of 22 miners were trapped about 600 meters underground on January 10 following an explosion at a mine in Qixia, which is administratively subordinate to Yantai. The surviving 11 miners were rescued after being trapped in a trap for two weeks after the incident. One miner is still missing. The accident resulted in direct economic losses of over 68 million yuan (about US $ 10.5 million).

Recommended:
Dnieper Metallurgical Plant DCH Steel in April reduced steel production by 2.8%
Electrotyazhmash was allowed to overhaul the rolling stock of Ukrzaliznytsia
Ukraine introduced 35% duty on Belarusian dump trucks and trucks
On this topic
Two Killed, Four Missing in a Fire at a Gold Mine in East China
10 miners recovered from exploded gold mine in China
An explosion thundered in the north of China, there are victims
Environmentalists not allowed to replace Russian coal into the UK domestic raw materials
Minamaneho heard the reports of heads of several state-owned mines
The number of victims of the breakthrough of the dam of the gold mine on the Ceiba River increased
Add a comment
Сomments (0)
News Analytics
China's Non-Ferrous Metals Sector Records High First Quarter Profits08-05-2021, 15:43
Copper price rises to a record high08-05-2021, 10:17
Dneprotyazhmash manufactures technological equipment for DMK07-05-2021, 10:07
The National Bank of Ukraine will sell 46 tons of scrap metal from obsolete07-05-2021, 10:10
Dnieper Metallurgical Plant DCH Steel in April reduced steel production by 2.8%07-05-2021, 09:18
The current state of the market is ideal for the sale of rolled steel - IREPAS04-05-2021, 18:41
Global hydrogen demand to grow 7-fold by 2070 - PwC21-04-2021, 12:31
World Steel Association predicts a good year for metallurgists15-04-2021, 18:19
World Steel Association defines green steel and its variations12-04-2021, 13:14
China unlikely to cut steel capacity in 2021 due to high steel prices07-04-2021, 12:11
Sign in with: