China's coal mines are considered the most dangerous in the world: hundreds of people die there every year. 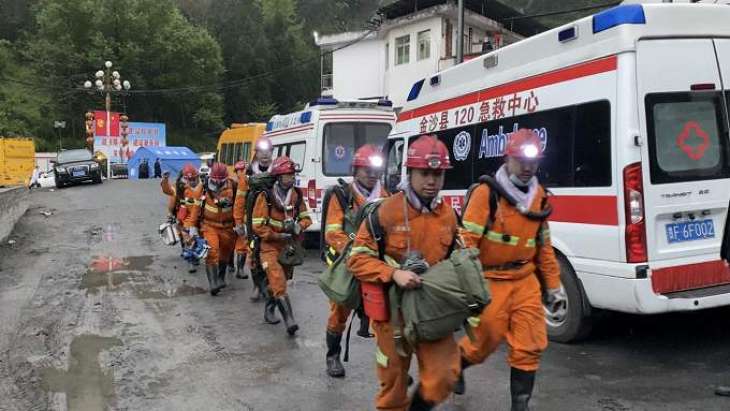 A total of eight people were killed and one injured as a result of the release of coal and gas at a coal mine in Guizhou province in southwestern China, Xinhua reported.

Search and rescue operations were completed on Tuesday afternoon. An injured miner is being treated in a hospital.

The incident occurred at about 08:50 am local time on April 9 at the Dongfeng mine located in Jinsha County, Bijie City. The investigation into the causes of the incident is currently ongoing.

Saturday last week it was reported that 21 people remain trapped underground as a result of the flooding of a coal mine in Xinjiang Uygur Autonomous Region in northwest China.

China's coal mines are considered the most dangerous in the world: hundreds of people die there every year. Accidents at mines in eastern Shandong province in January and in the southwestern city of Chongqing in December killed more than 30 miners.

Recommended:
April steel production of "Zaporizhstal" increased in annual comparison by almost 50%
Zaporizhstal donated a new oxygen station to the Zaporizhzhya Regional Infectious Diseases Hospital
A launch vehicle with a Yuzhmash engine successfully launched from a cosmodrome in the Atlantic
On this topic
21 people trapped underground by flooding of a coal mine in Xinjiang
28 officials prosecuted for explosion at gold mine in East China
10 miners recovered from exploded gold mine in China
18 people die after carbon monoxide leak in China coal mine
Relentless degradation of the coal industry. Close Ukrainian mines?
Four people were killed in the collapse of rocks at the gold mine in South Africa
Add a comment
Сomments (0)
News Analytics
Металлолом в Турции сегодня стоит дороже чем арматура год назад – более 50012-05-2021, 14:55
GFG Alliance lists French steel mills for sale12-05-2021, 11:37
Ukroboronprom approved a roadmap for overcoming the crisis of Kharkiv Aviation12-05-2021, 10:30
For 4 months of 2021, freight traffic on the Dnieper increased by 1.2 million12-05-2021, 10:41
Energomashspetsstal plant shipped over a thousand tons of metal products to12-05-2021, 10:18
The current state of the market is ideal for the sale of rolled steel - IREPAS04-05-2021, 18:41
Global hydrogen demand to grow 7-fold by 2070 - PwC21-04-2021, 12:31
World Steel Association predicts a good year for metallurgists15-04-2021, 18:19
World Steel Association defines green steel and its variations12-04-2021, 13:14
China unlikely to cut steel capacity in 2021 due to high steel prices07-04-2021, 12:11
Sign in with: