An accident occurred at the Smolinskaya mine, an investigation has begun. 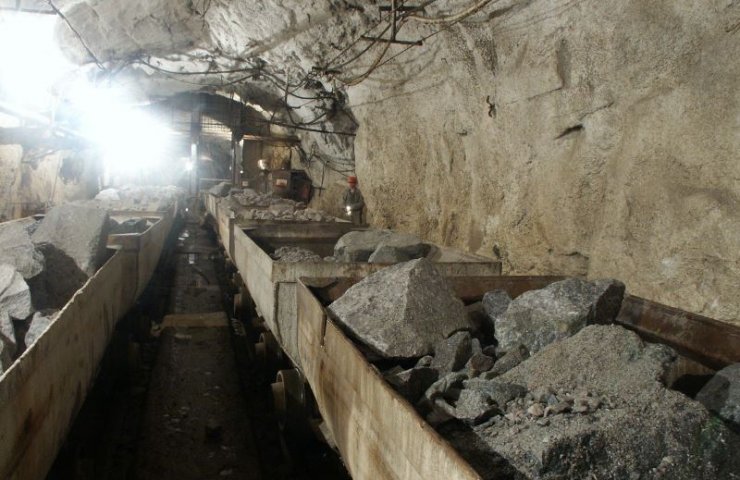 According to the press service of VostGOK, as a result of an accident, Oleg Nikolayevich Golovanov received injuries incompatible with life. Nikolai Olegovich Baistryuchenko was sent to the Smolinsk Medical-Sanitary Unit of the Smolinsk Village Council for examination.

Now at the level of the Office of the State Labor Service in the Kirovograd region, a commission is being formed for a special investigation of the causes and circumstances of the accident.

Vostochny Ore Mining and Processing Plant is one of 28 uranium mining centers in the world, among which it is in the top ten, and is also the largest in Europe. This is the only enterprise in Ukraine that ensures the extraction of natural uranium and the production of its oxide concentrate.

Recommended:
Platts Steel Trade Review: China Will Decide Asia's Fate
Decarbonization of the Ukrainian energy sector is a practical step within the framework of European integration - DTEK
Yuzhmash admitted that a Ukrainian engine could be the reason for the failure of the Vega rocket launch
On this topic
Workers of the only uranium mining enterprise in Ukraine prepare for protests
VostGOK received the license for realization of activity on uranium ore processing
Eastern GOK reduced production of uranium concentrate by 30%
Eastern mining and processing plant continues the recruitment of staff in an emergency situation
Subdivisions of SE "VostGOK " resumed work after forced temporary downtime
In Kropyvnyts'ke launched a three-day seminar in the framework of the expert mission of the IAEA
Add a comment
Сomments (0)
News Analytics
Ukraine imposed sanctions against rolled steel from Belarus25-11-2020, 10:07
US Hot Rolled Coil Prices Gain $ 20 Over the Week25-11-2020, 10:53
Tesla Model Y received one of the lowest ratings in the consumer rating25-11-2020, 09:26
The Ministry of Energy of Ukraine will continue the course towards the25-11-2020, 09:22
Russia and Ukraine managed to do without Belarus in matters of direct coal25-11-2020, 09:09
European Union scrap collectors worried about possible export restrictions18-11-2020, 10:41
Occupational diseases of workers in the extractive industry: types and ways to16-11-2020, 17:49
Eurofer expects recovery in EU steel demand05-11-2020, 09:47
Hot rolled carbon steel demand will continue to grow by 4% pa until 203004-11-2020, 16:14
Platts Steel Trade Review: China Will Decide Asia's Fate30-10-2020, 10:04
Sign in with: