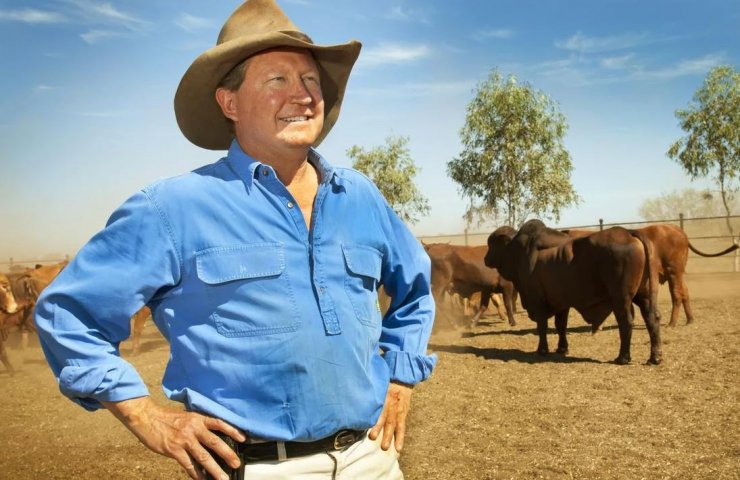 Australian billionaire Andrew Forrest, who has transformed Fortescue Metals Group FMG over two decades into the fourth largest iron ore company in the world, said Fortescue Future Industries (FFI) plans to create a renewable energy business in an effort to compete with oil giants for providing affordable green energy to the world.

“We are building a portfolio of renewable energy generating assets around the world,” Forrest said at Fortescue's Annual Shareholders Meeting via video link from Paraguay.

He said the company has so far committed A $ 1 billion (roughly $ 731 million) to the project through 2023 and plans to use additional funding as well.

According to him, hydrogen and ammonia fuels the elements will be used in transport and shipping, ammonia in fertilizers, and hydrogen in steel production.

According to him, the company's initial target will be 235 gigawatts (GW) of installed capacity.

Fortescue, which is committed to achieving zero carbon emissions by 2040, has accumulated licenses and patents over the past five years to fulfill its plans.

Forrest's fortune has tripled over the past year, according to the Australia Financial Review Rich List.

Fortescue posted a record net profit of $ 4.74 billion last year, thanks to a combination of higher iron ore prices and higher margins.

Recommended:
US pledges to halve emissions by 2030 as part of renewed fight against global warming
Ukrainian trolleybus manufacturer wins Škoda Electric in Czech Republic for the first time in history
DMZ confirmed the compliance of the quality of metal products with European standards
On this topic
China diversifies coal imports by ditching Australian goods
Anglo-Australian mining company invests $ 35 million in green steel
Tensions rise between China and Australia over commodity trade
Australian dollar lost about a percent against the US dollar due to China's refusal to import coal
BHP Billiton shareholders do not support the company's withdrawal from coal associations
Video of the dam break in Brazil posted on YouTube
Add a comment
Сomments (0)
News Analytics
China's Non-Ferrous Metals Sector Records High First Quarter Profits08-05-2021, 15:43
Copper price rises to a record high08-05-2021, 10:17
Dneprotyazhmash manufactures technological equipment for DMK07-05-2021, 10:07
The National Bank of Ukraine will sell 46 tons of scrap metal from obsolete07-05-2021, 10:10
Dnieper Metallurgical Plant DCH Steel in April reduced steel production by 2.8%07-05-2021, 09:18
The current state of the market is ideal for the sale of rolled steel - IREPAS04-05-2021, 18:41
Global hydrogen demand to grow 7-fold by 2070 - PwC21-04-2021, 12:31
World Steel Association predicts a good year for metallurgists15-04-2021, 18:19
World Steel Association defines green steel and its variations12-04-2021, 13:14
China unlikely to cut steel capacity in 2021 due to high steel prices07-04-2021, 12:11
Sign in with: