Tensions rise between China and Australia over commodity trade 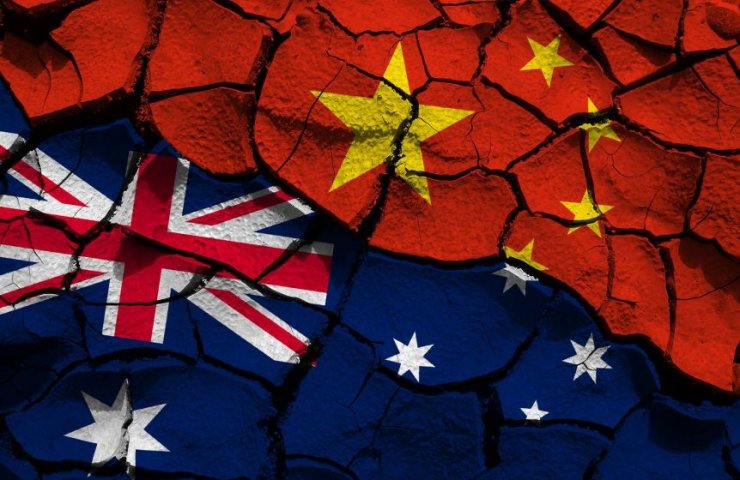 Australia's economic ties with leading trading partner China soured in 2018, when it became the first country to publicly ban Chinese Huawei from its 5G network, and deteriorated after Canberra called for an investigation into the origins of the coronavirus. p>

Open diplomatic repression has since followed, including raids on Chinese journalists' homes in Australia, the evacuation of some Australian journalists from China, and a series of trade measures China has imposed on Australian exports.

China is by far Australia's largest export market, with a 2019 value of $ 104 billion according to the IMF, so a prolonged severance of trade ties could hurt Australia's economy.

Australia's billions of dollars in beef, barley and coal have been hit hardest by recent measures, and China has been able to easily find alternative supplies.

Iron ore - Australia's main export and a critical ingredient for China's huge steel sector - has so far escaped the crossfire, as has Australian LNG.

We remind you of the chronology of events in the commodity markets, which were affected by the growing tensions between countries:

In February 2019, China's northern port of Dalian bans imports of Australian coal and limits total coal imports from all sources to 12 million tonnes by the end of 2019.

In May 2020, China will impose anti-dumping and anti-subsidizing duties on Australian barley at 80.5% effective May 19, with duties expected to last for five years. It also stops imports of beef from four of Australia's largest meat processors.

In September 2020, China is suspending barley imports from Australia's largest grain exporter CBH Grain following pest detection and demanding stricter checks on Australian wheat and barley. Australia is the largest supplier of barley to China, exporting between AU $ 1.5 billion and AU $ 2 billion annually, accounting for over half of its exports.

Recommended:
Thyssenkrupp plans major investment in its steel division
A rally of workers of the stopped shipyard was held in Mariupol
Zaporizhstal: production results in February 2021
On this topic
Australian dollar lost about a percent against the US dollar due to China's refusal to import coal
UK to lose over £ 18bn due to Huawei sanctions
The IMF has transferred to Ukraine $ 2.1 billion
Reuters: Ukraine is not negotiating on debt restructuring
The IMF said "very good progress" in negotiations with Kiev
Huawei plans to open a plant to manufacture components in Europe
Add a comment
Сomments (0)
News Analytics
US and EU suspend the collection of duties that were imposed against each other05-03-2021, 22:48
Turboatom and Electrotyazhmash discussed prospects for cooperation under05-03-2021, 19:04
DMZ Yaroslavsky in February almost doubled the production of rolled products05-03-2021, 18:19
Sanjeev Gupta Metallurgical Alliance Stops Paying Greensill Loans05-03-2021, 18:18
China to build high standard free trade zone network to reach worldwide - Xinhua05-03-2021, 16:43
Spread between raw materials and high strength alloy steel in Europe increased01-03-2021, 20:21
Increase in prices is forecasted in the markets of steel raw materials -26-02-2021, 09:25
Troy ounce of gold will drop $ 500 in two years - Fitch25-02-2021, 18:29
Global iron ore production growth to outstrip cumulative production in India23-02-2021, 10:22
Fitch Ratings Warns of “Shocking Impact” on Fossil Fuel Exporters18-02-2021, 14:44
Sign in with: