Protection of the mining program with the participation of the State Labor Service is an instrument of control by government agencies regarding compliance with the requirements of field development projects. 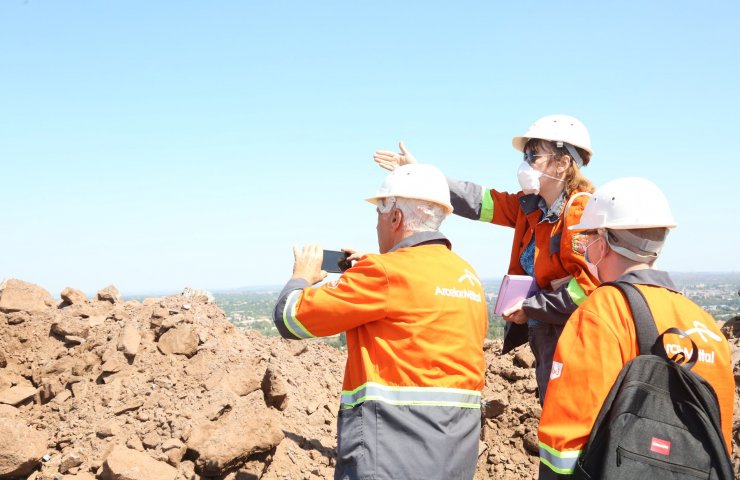 Protection of the mining program with the participation of the State Labor Service is an instrument of control by government agencies regarding compliance with the requirements of projects for the development of deposits (quarries No. 2-bis and No. 3) plus the approval of a mining plan, which includes all production processes: from ore extraction before concentrate production. The company protects this program annually.

ArcelorMittal Kryvyi Rih confirmed the successful implementation of the 2020 mining program. So, already on December 10, the 2020 business plan for the production of concentrate in the amount of 10 million tons was completed. This means that by the end of the year the production plan will be exceeded, which, in particular, was facilitated by the modernization of the crushing and processing complex.

In addition, the company has carried out all the necessary preparatory stages for successful work not only next year, but also until the end of the development of open pits (over the next 25 years). A project has been developed for the reconstruction and development of open pits No. 2-bis and No. 3 to maintain an iron ore production capacity of 30 million tons per year until the end of mining.

Also, representatives of the State Labor Service noted the stable operation of the existing tailings of the enterprise - special hydraulic structures that are used to place the tailings. This year, the company approved the project and commenced work on the construction of the Tretya Karta tailing dump, as well as completed the construction of a new Stepnoy-2 dump. Both new projects are being implemented with strict environmental compliance.

After defending the mining program, representatives of the State Service of Ukraine for Labor and the Main Directorate of the State Labor Office in the Dnipropetrovsk region visited the production facilities of ArcelorMittal Kryvyi Rih - new continuous casting machines No. 2, 3 and a small section mill 250-4, which operates after a large-scale reconstruction. These are key investment projects in which the company has invested more than $ 220 million.