ArcelorMittal Kryvyi Rih will pay additional remuneration to its workers 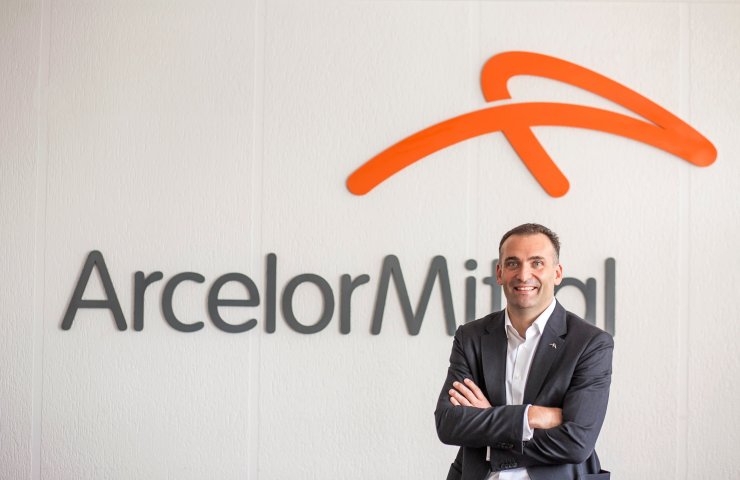 ArcelorMittal Kryvyi Rih, the largest mining and metallurgical enterprise in Ukraine, will pay all its employees remuneration based on the results of the previous year. The so-called "13th salary" will be paid in full on March 11th. In addition, in 2021, the company's management is considering the possibility of a differentiated increase in the salaries of its employees. In this regard, the management of the enterprise is negotiating with the trade unions at the local and central levels.

The company noted that ArcelorMittal Kryvyi Rih is the only enterprise of the mining and metallurgical complex of Ukraine, which annually pays the 13th salary to its employees. For each of them, the remuneration based on the results of work for the previous year is determined based on the size of the average earnings for the actual hours worked. This year, ArcelorMittal Kryvyi Rih will allocate about UAH 415 million to pay the 13th salary.

“Despite all the challenges of 2020, which the industry has never faced before, amid the pandemic and the associated restrictions, our people remain the main value for ArcelorMittal Kryvyi Rih. It was very important to keep the number of employees and ensure the stability of all payments to employees. Even in the conditions of an acute crisis in 2020, the average wage at the enterprise increased by 5.5% and amounted to 19,062 hryvnia. This is 24% higher than the average salary in Ukraine and 10% higher than in ferrous metallurgy, "said Mauro Longobardo, General Director of ArcelorMittal Kryvyi Rih.

Recall that yesterday a meeting of the trade union committee of the PMGU PJSC "ArcelorMittal Kryvyi Rih" was held with the participation of Acting General Director, Financial Director - Chief Accountant S.A. Plechiki, Director of the Human Resources Department Chermazovich Yu.A. and employees of the personnel department, which considered the issue of increasing the wages of employees of the enterprise.

During the meeting, which lasted more than two hours, the sides of the administration of the enterprise and the trade union committee expressed their positions on this issue.

Recommended:
The US Embassy congratulated Ukravtodor on signing a memorandum with an American company
The countries of the Eurasian Economic Union plan to completely ban the export of scrap metal
Metallurgical production of Donetsk region increased in January-April by 35%
On this topic
Uranium problems: Ukraine may lose its own production
President of Ukraine Volodymyr Zelensky visited ArcelorMittal Kryvyi Rih for the first time
Yuzhmash told whether it is possible to launch reusable rockets from the Black Sea
Milovanov reminded that in Ukraine, women earn much less than men
ArcelorMittal Kryvyi Rih will pay the 13th salary on March 13
Investments of AMKR in the development of production in 2019 exceeded $ 415 million
Add a comment
Сomments (0)
News Analytics
Metallurgical Plant "Zaporizhstal" performed overhaul of blast furnace No. 422-06-2021, 18:05
Since the beginning of the year, Ukrzaliznytsia has sold scrap of non-ferrous22-06-2021, 16:30
15 people detained due to an accident at an iron mine in China's Shanxi province22-06-2021, 15:38
World steel production soars to record 174 million tonnes in May22-06-2021, 13:28
The first train from Europe to China brought 82 Audi A8Ls22-06-2021, 13:58
European steel market is in confusion: price growth has slowed down, but no one21-06-2021, 17:40
Vaccinations fuel demand for platinum - World Platinum Investment Council08-06-2021, 12:55
Sharp price growth continues in the rolled metal market - Ukrpromvneshexpertiza08-06-2021, 11:04
Analysts note overheating of the global scrap metal market01-06-2021, 13:28
Hydrogen-fueled steelmaking could be competitive after 2050 - McKinsey19-05-2021, 14:22
Sign in with: