Head of the State Service of Geology and Mineral Resources of Ukraine Roman Opimakh held a working meeting with the General Director of OJSC Arcelor Mittal Kryvyi Rih Mauro Longobardi. 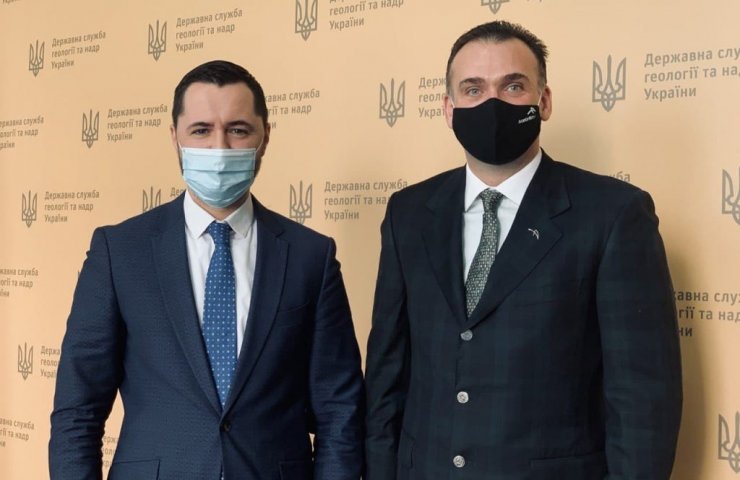 “We have now offered for online auctions 30 objects with deposits of critical and strategic minerals: lithium, titanium, nickel, cobalt, uranium and others. These are the so-called metals of the future that are used for innovative technologies. Now it is important to increase their production and the creation of enrichment and primary processing capacities, as their demand in the world market is expected to grow rapidly, ”said the head of the State Geological Survey.

The director of ArcelorMittal Kryvyi Rih became interested in the proposals, since the company intends to improve the quality of the product in order to make it more interesting not only for domestic, but also for foreign consumers.

Mauro Longobardi acquainted Roman Opimakh with the plans of the enterprise for the next year, including in the field of production. He also highly appreciated the results of the work of the State Geological Survey over the past year, including in terms of reducing bureaucratic pressure on business and introducing transparent and clear mechanisms for regulating the industry.

Recommended:
Ford invests $ 1 billion in South Africa
Ford invests $ 1 billion in its first European electric vehicle
Zaporizhstal awarded scholarships to Zaporizhzhya athletes
On this topic
State Geological Survey of Ukraine announces attempts to disrupt auctions for sites with lithium
The first of the gold-bearing areas of Ukraine put up for auction was sold to a citizen of Turkey
The head of "ArcelorMittal Kryvyi Rih" joined the Board of the European Business Association
Ukraine can fully provide itself with uranium and hydrocarbons - Roman Opimakh
At ArcelorMittal Kryvyi Rih with the new year will be the new CEO
Shakhta imeni Artema will continue to produce iron ore for "ArcelorMittal Kryvyi Rih"
Add a comment
Сomments (0)
News Analytics
Ministry of Commerce: China intends to strengthen trade and economic ties with24-02-2021, 18:49
Vostochny GOK in 2020 increased the production of uranium concentrate by 7%24-02-2021, 18:58
For the first time in Ukraine, recirculators and irradiators for air24-02-2021, 18:37
Novokramatorsk Machine-Building Plant keeps sales and production at the level24-02-2021, 17:53
The English court rejected the claims of the Russian "Tatneft" against24-02-2021, 17:42
Global iron ore production growth to outstrip cumulative production in India23-02-2021, 10:22
Fitch Ratings Warns of “Shocking Impact” on Fossil Fuel Exporters18-02-2021, 14:44
Raw material prices rise by about 10.5% in January 2021 - Deutsche Industriebank12-02-2021, 10:48
JP Morgan Analysts Announce New Super Growth Cycle in Commodities11-02-2021, 17:56
S&P Global Platts predicts first drop in domestic steel demand in China in 510-02-2021, 12:26
Sign in with: