The head of the State Geological Survey of Ukraine told what should be done to establish Ukraine in the international arena in a new role. 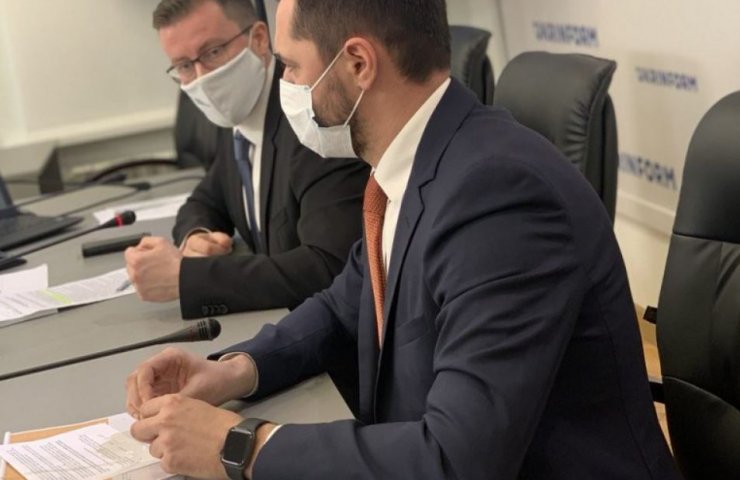 The mineral resource base of Ukraine is able to almost completely satisfy the needs of the national industry, said Roman Opimakh, Head of the State Service of Geology and Mineral Resources of Ukraine, during a press conference for investors "Minerals of the Future".

“Unfortunately, the“ metals of the future ”used for innovative technologies are almost never developed in Ukraine, while the demand for them is growing rapidly around the world,” said Romang Opimakh.

A similar situation with metals for the transition to a low-carbon economy and high-tech industries.

“Now it is important to increase their production, as well as create capacities for their enrichment and primary processing. Available resources and prospects for the development of future minerals will allow the development of new modern industries in Ukraine. This indicates their strategic importance for the formation of Ukraine in the international arena in a new role, "the speaker summed up.

Roman Opimakh added that at the end of last year for the first time at an open auction was sold area with gold deposits . An auction has also been announced for the sale of a special permit for the exploration of zirconium, which will take place on February 15th.

For the first time, areas with deposits of lithium, titanium, nickel, cobalt, chromium, tantalum, niobium, beryllium, zirconium, scandium, molybdenum, gold and uranium can be purchased at transparent electronic auctions. Traditionally, foreign investors are also allowed to participate in the auction.

Recommended:
Laying of Nord Stream 2 in Danish waters is to be completed by the end of April
The Ministry of Strategic Industry of Ukraine and the Cosmos Association signed a Memorandum of Cooperation
Vostochny GOK in 2020 increased the production of uranium concentrate by 7%
On this topic
The head of the State Geological Survey of Ukraine offered ArcelorMittal Kryvyi Rih deposits of
State Geological Survey of Ukraine announces attempts to disrupt auctions for sites with lithium
Extractive industry development roadmap will ensure Ukraine's GDP growth of $ 34 billion
Ukraine can fully provide itself with uranium and hydrocarbons - Roman Opimakh
How the reform of the electricity market in Ukraine can lead to a collapse and what to do about it
The state service of Geology and mineral resources of Ukraine presented the Atlas of the investor
Add a comment
Сomments (0)
News Analytics
В охваченной войной Сирии открылись курсы роботостроения для девочек27-02-2021, 11:13
Fitch подтвердило рейтинг Украины на уровне "B" со стабильным прогнозом27-02-2021, 11:10
Georgia's economy shrinks by 11.5% in January26-02-2021, 21:21
Ukraine retained its position in the world ranking of steel producers and rose26-02-2021, 15:52
ArcelorMittal has raised prices for galvanizing for the European market to 90026-02-2021, 13:23
Increase in prices is forecasted in the markets of steel raw materials -26-02-2021, 09:25
Troy ounce of gold will drop $ 500 in two years - Fitch25-02-2021, 18:29
Global iron ore production growth to outstrip cumulative production in India23-02-2021, 10:22
Fitch Ratings Warns of “Shocking Impact” on Fossil Fuel Exporters18-02-2021, 14:44
Raw material prices rise by about 10.5% in January 2021 - Deutsche Industriebank12-02-2021, 10:48
Sign in with: