Yuzhny GOK closed the sinter shop due to lack of demand, will build a pelletizing plant for the production of high-quality pellets

Elimination of the agglomeration redistribution at YuGOK - first of all, compliance with Ukrainian legislation on the transition to European environmental standards. 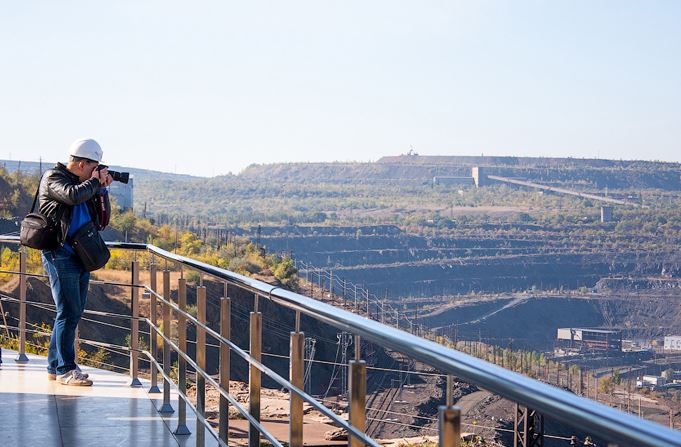 The Southern Ore Mining and Processing Plant (YuGOK, Dnipropetrovsk region) liquidated the agglomeration redistribution after the mothballing of the blast furnace shop of "Dnipro Metallurgical Plant " (DMZ) due to repairs from the end of October-2019 to May-2020 and the subsequent transition of the plant to use iron ore sinter at Bogdanovskaya sinter plant at Pokrovsky GOK.

According to a press release from YUGOK on Monday, the supervisory board of the enterprise approved the closure of production in September 2020, and in February 2021 the contractor will begin dismantling equipment, buildings and structures.

"The sinter shop stopped producing iron ore in October 2019. The reason is the conservation of the blast-furnace processing at the Dnipro Metallurgical Plant. Yuzhny GOK supplied 95% of the produced sinter to the enterprise. Taking into account the long-term development plans, the supervisory board of the plant decided not to resume the work of the shop " , - stated in the press release.

At the same time, it is noted that the enterprise retained its workforce - employees were transferred to work in other structural divisions.

The decision to shut down the workshop was also influenced by the technogenic load of sinter production on the environment - after the closure of the workshop, the plant reduced emissions of pollutants into the atmosphere by 96% - dust, carbon monoxide, nitrogen dioxide and sulfur.

"In the future, it is planned to build a pelletizing plant on the site of the sinter shop. The goal is to produce DR pellets with an iron content of more than 67%. Raw materials are in demand among metallurgists, since they are used in steelmaking, bypassing the blast-furnace processing ", - the press says release.

In turn, the General Director of YuGOK Konstantin Fedin noted that the elimination of the agglomeration redistribution at YuGOK is, first of all, compliance with Ukrainian legislation on the transition to European environmental standards.

"It is important that the company produces high-margin products with minimal consequences for the environment. The closure of the workshop is a step towards creating an environmentally friendly enterprise, " the top manager, quoted by the press service, said.

Director of Human Resources and Social Issues of YuGOK Lilia Vakhovskaya added that the administration of YuGOK retained the team of the sinter shop: "About 250 employees who wished to continue working at the plant received jobs in other structural divisions of the enterprise. the personnel of the pulp thickening complex created in 2020.

Another press release says that Yuzhny GOK has put into operation a pulp thickening complex, which has no analogues in Ukraine. The complex was built in two years - from 2018 to 2020. The hydrotechnical structure will make it possible to reduce by 10 times the volume of pulp pumped into the slurry storage facility, which will also provide up to 40% energy savings. As a result, the eco-load on the environment will decrease by reducing the use of industrial water.

The developer of the technology was the German company Engineering Dobersek, the design documentation was provided by the branch state institute "UkrNIIvodokanalproekt ". The equipment was manufactured by Indian TENOVA mining. The general construction contract was provided by the Kryvyi Rih enterprise "SU-7 ".

The General Director of YUGOK noted that the enterprise is continuously developing and modernizing, and the pulp thickening complex is the central object of the new technology for thickening, hydrotransport and sludge storage. The facility will allow to abandon the use of outdated slurry pumping stations and reduce electricity consumption for pumping tailings by half.

Pulp thickening is a technology of rational utilization of mineral processing waste. According to the classical scheme, liquid ore dressing wastes are pumped to the tailing dump. After the solid particles settle, the clarified water is reused in the production cycle, and the sludge is stored. With the slurry thickening technology, the tailings are fed into special tanks. Using safe chemicals, water is separated from waste rock solids. The resulting pasty pulp is sent to the tailing dump, and the water is returned to the plant. This saves electricity and reduces the area of ​​the sludge storage. This technology is used by mining companies in India, the USA and Brazil.

The raw material base of the plant is made up of quartzites from the Skelevatsky deposit, which is located in the central part of the Krivoy Rog iron ore basin. The production capacity of the enterprise is 29 million tons of crude ore, 11 million tons of concentrate, 2 million tons of sinter.

Currently, YUGOK is controlled by the Metinvest group and Lanebrook Ltd, which at the end of 2007

Recommended:
Metinvest concentrates 100% of shares in Severny GOK
Elon Musk invited Vladimir Putin to the online chat Clubhouse
Metinvest invested UAH 2.6 billion in environmental projects of Ingulets GOK
On this topic
Ferrexpo increases production of iron ore pellets in 2020 by 7%
Steel production in September 2020
The Chinese company will build a new sinter plant in Krivoy Rog
The Dnieper metallurgical plant restarts steelmaking
The southern GOK in the beginning of the year reduced production GRC 8.2%
Southern ore in 2019 has maintained production of iron ore concentrate at a level of 2018
Add a comment
Сomments (0)
News Analytics
Where and how much gold is there in Ukraine?25-02-2021, 21:28
A plot with copper deposits in the Volyn region of Ukraine has risen in price25-02-2021, 18:26
ArcelorMittal is preparing to announce another price increase in the next few25-02-2021, 18:43
Indonesian gold mine collapse kills 3 people, 5 missing25-02-2021, 18:41
MMK them. Ilyich purchased electricity from Energoatom for 26 million hryvnia25-02-2021, 13:12
Troy ounce of gold will drop $ 500 in two years - Fitch25-02-2021, 18:29
Global iron ore production growth to outstrip cumulative production in India23-02-2021, 10:22
Fitch Ratings Warns of “Shocking Impact” on Fossil Fuel Exporters18-02-2021, 14:44
Raw material prices rise by about 10.5% in January 2021 - Deutsche Industriebank12-02-2021, 10:48
JP Morgan Analysts Announce New Super Growth Cycle in Commodities11-02-2021, 17:56
Sign in with: