According to the Prime Minister of Ukraine, these mines must demonstrate the results of transformation in order to then extend their experience to other coal regions of the country. 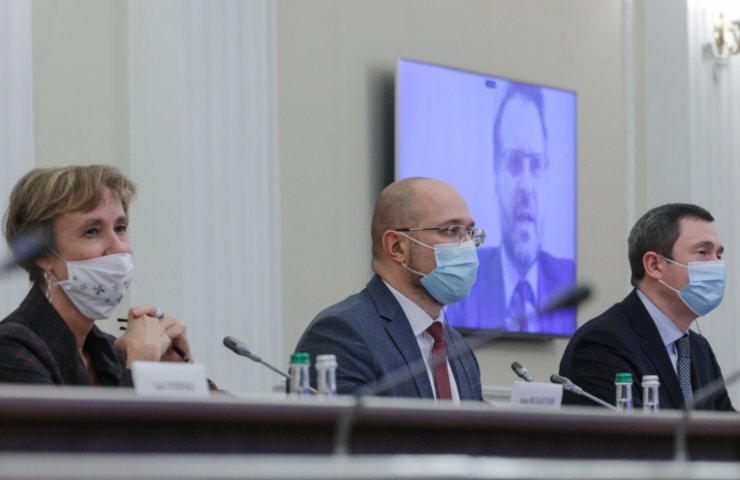 The Ukrainian government has prepared two mines - in Donetsk and Lviv regions, which will be "transformed" within the framework of the "European Green Deal" strategy chosen by the country. This was announced by the Prime Minister of Ukraine Denis Shmyhal during a videoconference with representatives of the Federal Ministry of Economy and Energy of Germany.

“We have prepared two mines - in Donetsk and Lviv regions, which we proposed to accept for the implementation of joint pilot projects. They must demonstrate the results of transformation so that we can extend them to other coal regions, ”the head of government said.

Denis Shmygal told the German counterpart that today there are 61 coal regions in Ukraine, which are mono-cities that are tied to a single enterprise, coal mine or power plant.

“All these regions have the old infrastructure of the 60-80s of the last century. Depletion, mine closures and the gradual strategic closure of the coal industry as a whole will create social tensions in the future. It is necessary to take a number of strategic steps to socially provide people in these regions, "he stressed.

The Prime Minister noted that in this context, the experience and support of Germany and the European Union is extremely important for Ukraine. In this regard, Denis Shmygal welcomed the creation of the Partnership Secretariat and emphasized that the Government of Ukraine is ready to cooperate with the Project Office for the Transformation of Coal Regions with the support of GIZ for the development and implementation of pilot projects.

"We are ready for the challenges that Ukraine faces in the context of a green transition, decarbonization of the economy and the need to reform the coal sector and transform coal mining regions," Denis Shmygal emphasized.

Recommended:
British unions fear thousands of jobs to be lost due to Sanjiv Gupta's financial woes
PJSC "Energomashspetsstal" worked in 2020 without injuries
University of Sheffield engineers announce breakthrough in high-strength steel production
On this topic
Ukraine asks the UK to share its experience in transforming coal regions
Reform of the coal industry in Ukraine will be "gradual and balanced"
The Ministry of Energy of Ukraine presented a project for the transformation of the coal industry
How the reform of the electricity market in Ukraine can lead to a collapse and what to do about it
Stopped nuclear power plants and mines. What's going on in the energy sector of Ukraine?
Relentless degradation of the coal industry. Close Ukrainian mines?
Add a comment
Сomments (0)
News Analytics
Bogdan Motors started construction of buses for Antonov State Enterprise03-03-2021, 11:06
At the Kherson shipyard, the dry cargo ship was lengthened by 25 meters,03-03-2021, 10:04
British unions fear thousands of jobs to be lost due to Sanjiv Gupta's03-03-2021, 10:58
Australia's pipeline operators start adding hydrogen to natural gas03-03-2021, 10:56
The United States expands the list of organizations associated with the03-03-2021, 09:15
Spread between raw materials and high strength alloy steel in Europe increased01-03-2021, 20:21
Increase in prices is forecasted in the markets of steel raw materials -26-02-2021, 09:25
Troy ounce of gold will drop $ 500 in two years - Fitch25-02-2021, 18:29
Global iron ore production growth to outstrip cumulative production in India23-02-2021, 10:22
Fitch Ratings Warns of “Shocking Impact” on Fossil Fuel Exporters18-02-2021, 14:44
Sign in with: