China will cap annual coal production at 4.1 billion tons by the end of 2025

By 2025, 10 super-large coal enterprises will be established in China, each with an annual production of 100 million tons. 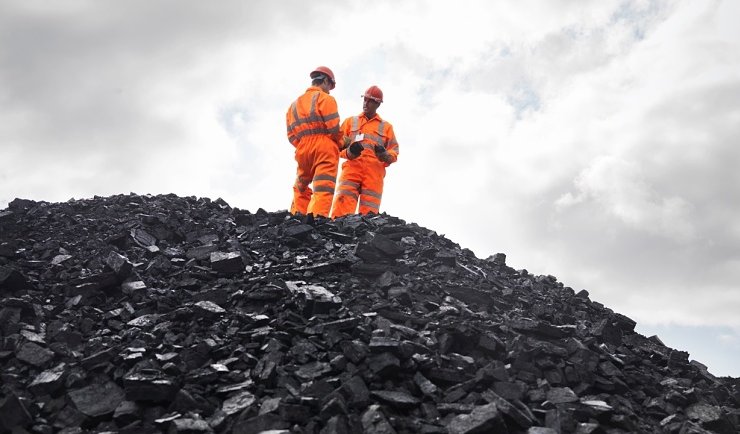 China's annual coal production will not exceed 4.1 billion tonnes by the end of the 14th five-year period (2021-2025) after rising 1.4% year-on-year to 3.9 billion tonnes for 2020, according to a report released by the China Coal Industry Association on Wednesday.

The report notes that by the end of 2025, the number of coal mines in the country will be reduced to approximately 4,000 from 4,700 at the end of 2020, with more than 1,000 of them being equipped with smart mining technologies.

Annual coal consumption will remain at about 4.2 billion tons by the end of 2025, the document says.

Mergers and acquisitions of industrial enterprises will move against the backdrop of efforts to decommission the backward production capacity in the coal industry over the next five years. Along with this, 10 super-large coal enterprises will be created, the annual production of each of which reaches 100 million tons, the report says.

The sector has made great efforts to reduce overcapacity in the past five years. According to the report, as of the end of 2020, about 5,500 coal mines were closed across the country, and backward production capacities of at least 1 billion tons were decommissioned annually during the 13th five-year plan (2016-2020).

Meanwhile, 1,200 large modern coal mines have been built in China, each with an annual production of 1.2 million tons or more. The volume of coal production from them occupies about 80% of the total indicator in the country, the report says.

Recommended:
The Antimonopoly Committee of Ukraine has unblocked the purchase of passenger cars by Ukrzaliznytsia
Zaporizhstal transfers medical oxygen to help Zaporizhzhya hospitals
Four people trapped in a coal mine accident in North China
On this topic
Global iron ore production growth to outstrip cumulative production in India and Russia - Fitch
Ferrexpo increases production of iron ore pellets in 2020 by 7%
Biden's Production Plan Requires Significant Increase in U.S. Mineral Production
Platts: Real steel demand in China will fall by 36% in the first quarter
For the first time in two years, China has reduced steel production
China's steel sector can only rely on the real estate sector
Add a comment
Сomments (0)
News Analytics
The capacity of the domestic steel market in Ukraine in January-March decreased19-04-2021, 10:33
In Russia, there is an exuberant demand for agricultural machinery19-04-2021, 10:24
Iran is satisfied with the reaction of the world community to 60% enrichment of18-04-2021, 13:24
Gas prices in Ukraine have reached a record value over the past two years -16-04-2021, 17:24
Ukrmetallurgprom asks the Antimonopoly Committee to allow Metinvest to bid for16-04-2021, 17:23
World Steel Association predicts a good year for metallurgists15-04-2021, 18:19
World Steel Association defines green steel and its variations12-04-2021, 13:14
China unlikely to cut steel capacity in 2021 due to high steel prices07-04-2021, 12:11
Scrap metal market at the beginning of April02-04-2021, 11:10
Rising Chinese Prices Fueled Rising Global Steel Prices - MEPS25-03-2021, 18:54
Sign in with: