Beijing rightly believes that China is too dependent on foreign supplies of iron ore, manganese and chromium to quickly move to green metallurgy. 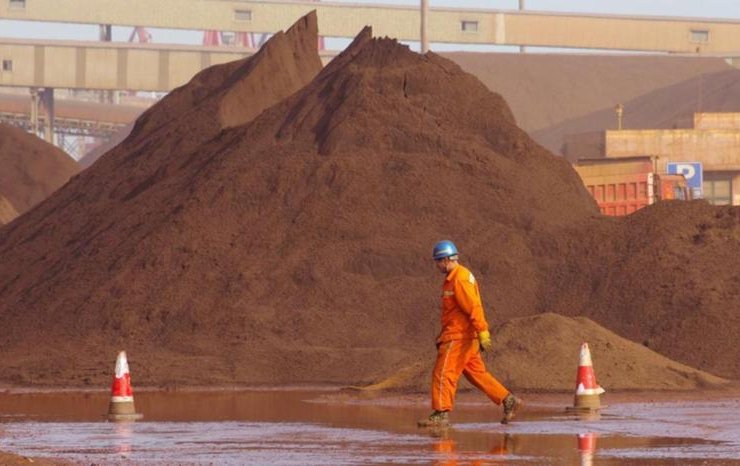 Beijing will "strengthen command and control" over its strategic mineral resources, the PRC government said on Friday. China, the world's largest consumer of metals, relies heavily on overseas markets to import certain raw materials such as iron ore, manganese and chromium.

Beijing has pledged to improve its ability to secure its mineral reserves and conduct a new round of ore exploration in the next five years, according to the country's economic and social development plan for the period from 2021 to 2025.

In December, the Ministry of Industry of the PRC announced that China intends to build one or two globally significant overseas iron ore deposits by 2025 in order to increase supply and increase its role in pricing.

In the five-year plan, China has also pledged to promote green transformation in the steel sector.

Around 620 million tonnes of steelmaking capacity has already been upgraded to ultra-low emissions or is in the process of being upgraded by the end of 2020. China produced 1.065 billion tons of metal last year.

China will work to achieve peak carbon emissions by 2030 and carbon neutrality by 2060. This is stated in the report on the work of the government submitted to the 4th session of the 13th National People's Congress on Friday.

According to the document, China will develop an action plan to reach a peak in carbon emissions by 2030 and optimize the production structure and the structure of energy resources.

Финансовая аналитика, прогнозы цен на сталь, железную руду, уголь и другие сырьевые товары. More news and analytics on Metallurgprom telegram channel - subscribe to get up-to-date market information and price forecasts faster than others.
Сomments
Add a comment
Сomments (0)
On this topic
Bryah Resources and OMM to jointly search for manganese in Western Australia
Korean auto makers will switch to hydrogen engines with help from Chinese steelmakers
The largest metallurgical company of China Baowu may have become the world's largest
A billion tons of cargo have passed through the port of Dubai in 10 years, and most of them are
USA slapped sanctions on steel industry of Iran
China's largest steel producer to become even larger and number one in the world in terms of
Recommended:
China's iron and steel producer price index up 5.6% in April
Dollar climbs to 20-year high against euro
UK faces sharp rise in steel and timber prices in March
News Analytics
The largest producer of titanium raw materials in Ukraine OGCC will sell25-05-2022, 20:48
Glencore accused of bribery in London pleads guilty in the US25-05-2022, 10:44
Swiss oil and gas equipment manufacturer Sulzer leaves Russia24-05-2022, 13:08
BIR: European Commission's decision on scrap metal will be the most tragic24-05-2022, 11:41
Rejection of Russian palladium destroys markets24-05-2022, 11:41
US steel market sentiment becomes more price neutral05-05-2022, 10:15
The global high-strength steel market will grow steadily by 5% annually for the04-05-2022, 08:45
China steel inventories hit 13-month high amid COVID-19 outbreak30-04-2022, 16:38
Slowdown in global auto sector affects steel prices27-04-2022, 12:36
World alumina production reaches a record 138 million tons21-04-2022, 09:54
Sign in with: