According to teenagers, plans to expand coal production in New South Wales threaten their future, as they will contribute to climate change. 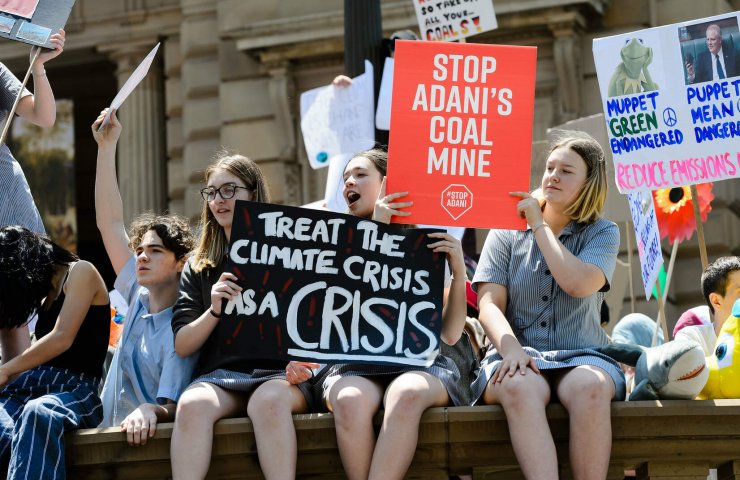 Australia is starting a group complaint lawsuit Tuesday against a planned expansion of Whitehaven Coal's Vickery coal mine in New South Wales.

The first-ever lawsuit, filed by a group of eight teenagers, will be tried in Federal Court of Melbourne and is expected to last five days, but a decision can only be made in a few months.

Schoolchildren argue that Australian Environment Minister Susan Leigh has a responsibility to protect them from climate change, and the expansion of the coal mine will contribute to climate change and jeopardize their future.

The Vickery coal mine plans to produce mainly metallurgical coal for steelmaking, as well as higher quality thermal coal, the project is currently awaiting final approval from the minister.

Whitehaven Coal estimates the new mine will create 450 permanent jobs and a net economic benefit of AU $ 1.2 billion (US $ 930 million).

“Our position with regard to litigation ... is that the lawsuit is unfounded and should be dismissed,” said Paul Flynn, Managing Director and CEO of Whitehaven Coal in a statement.

Coal is Australia's second most exported resource, according to government figures, with revenues estimated at A $ 37 billion last fiscal year.

Climate change is causing controversy in Australia, one of the world's largest sources of per capita carbon emissions. The country's conservative government has won consecutive elections on a platform supporting Australia's dominant fossil fuel sectors.

Recommended:
Chip shortage for auto industry will rise sharply due to fire at factory in Japan
In Kiev, the director of one of the plants of the State Corporation "Ukroboronprom" will appear before the court
General Director of Energomashspetsstal spoke about the "very successful" 2020
On this topic
Trump wants to ease environmental restrictions on the US mining industry
Australia launched an investigation into the destruction of "sacred caves" in the Pilbara by Rio
Environmentalists not allowed to replace Russian coal into the UK domestic raw materials
In Kropyvnyts'ke launched a three-day seminar in the framework of the expert mission of the IAEA
Minamaneho heard the reports of heads of several state-owned mines
The price bubble in the ore market will soon deflate quickly
Add a comment
Сomments (0)
News Analytics
Iran is satisfied with the reaction of the world community to 60% enrichment of18-04-2021, 13:24
Gas prices in Ukraine have reached a record value over the past two years -16-04-2021, 17:24
Ukrmetallurgprom asks the Antimonopoly Committee to allow Metinvest to bid for16-04-2021, 17:23
A fatal accident occurred on the territory of the Dnieper Metallurgical Plant16-04-2021, 13:01
Cars built for Euro 2012 will be repaired at the Kryukov Carriage Works16-04-2021, 12:46
World Steel Association predicts a good year for metallurgists15-04-2021, 18:19
World Steel Association defines green steel and its variations12-04-2021, 13:14
China unlikely to cut steel capacity in 2021 due to high steel prices07-04-2021, 12:11
Scrap metal market at the beginning of April02-04-2021, 11:10
Rising Chinese Prices Fueled Rising Global Steel Prices - MEPS25-03-2021, 18:54
Sign in with: