Ukrmetallurgprom supported the leadership of Ukrzaliznytsia on the path of reforms

According to the association, last year, thanks to the efforts of Ukrzaliznytsia, Ukrainian enterprises of the mining and metallurgical complex were able to significantly increase the export of iron ore. 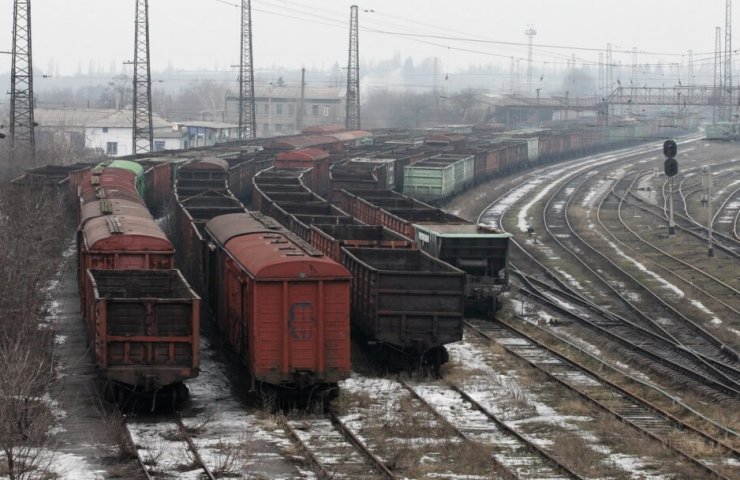 Ukrainian mining and metallurgical companies in 2020 increased the export of ore and iron ore concentrates by 16% compared to 2019 - up to 46.3 million tons. In monetary terms, the export of iron ore raw materials for the year increased by 24.8% to $ 4.24 billion.

In the opinion of the Ukrmetallurgprom association of enterprises, such a significant growth became possible primarily due to the efforts of Ukrzaliznytsia, which was able to ensure the transportation of almost 100% of the total export of ore and iron ore concentrates in 2020.

Despite the severe quarantine and economic downturn, Ukrzaliznytsya managed to significantly reduce the turnover of the carriage by simultaneously eliminating bottlenecks on the railway, which, in particular, made it possible to complete the order for the shipment of goods in the second half of 2020 in full despite the increase in seasonal demand for rail transportation.

“That is why we want to pay our respects and on behalf of all members of the Ukrmetallurgprom enterprise association we express our maximum support to the management of Ukrzaliznytsia on the way to carry out reforms and create a company focused primarily on the needs of the domestic commodity producer,” the association said.

Recommended:
The China-Europe freight train departs for the first time from the hometown of the discoverer of the Great Silk Road
Russia decided to abolish duties on equipment for aircraft repair
VostGOK presented a program for the development of the nuclear industry to the Public Council under the Ministry of Energy of Ukraine
On this topic
EMSS tells visitors about nowych technologies
The world Bank has provided Ukraine a loan of $ 350 million
From Ferrexpo retired marketing Director
MP Taruta said that Ukraine is in serious economic recession
"Naftogaz" has filed a lawsuit against the government of Ukraine for the issuance of a license to
Minamaneho of Ukraine plans in April 2020 to conduct a pilot auction for "green" generation
Add a comment
Сomments (0)
News Analytics
Gas prices in Ukraine have reached a record value over the past two years -16-04-2021, 17:24
Ukrmetallurgprom asks the Antimonopoly Committee to allow Metinvest to bid for16-04-2021, 17:23
A fatal accident occurred on the territory of the Dnieper Metallurgical Plant16-04-2021, 13:01
Cars built for Euro 2012 will be repaired at the Kryukov Carriage Works16-04-2021, 12:46
Novokramatorsk Machine-Building Plant has raised wages for the second time16-04-2021, 12:54
World Steel Association predicts a good year for metallurgists15-04-2021, 18:19
World Steel Association defines green steel and its variations12-04-2021, 13:14
China unlikely to cut steel capacity in 2021 due to high steel prices07-04-2021, 12:11
Scrap metal market at the beginning of April02-04-2021, 11:10
Rising Chinese Prices Fueled Rising Global Steel Prices - MEPS25-03-2021, 18:54
Sign in with: