The annual value of the export of ferrous metals from the Donetsk region amounted to 3 billion 54 million dollars, which is 12.2% less than in 2019. 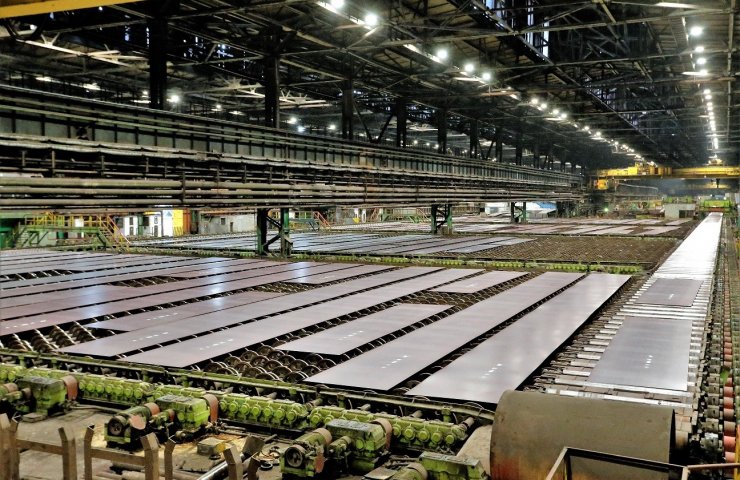 Foreign exchange earnings from the export of goods by business entities of the Donetsk region (excluding part of the temporarily occupied territory) in 2020 amounted to 3 billion 935 million US dollars. The region provided 8.0% of the total value of exported goods in Ukraine as a whole and took third place after the city of Kiev and Dnepropetrovsk region.

Compared to 2019, foreign exchange earnings from the export of goods by enterprises of the Donetsk region decreased by 15.0%. The dynamics of the indicator in 2020 was influenced by the restrictions introduced due to the coronavirus pandemic. This was especially felt in the second quarter, when the decline in exports compared to the same quarter of 2019 was 28.3%. Later, there was a gradual recovery in demand, and in the fourth quarter of 2020, foreign exchange earnings of enterprises in the region increased by 1.7% compared to the previous quarter, and by 18.1% against the second quarter.

During 2020, the negative trend of price decline in foreign markets for the sale of ferrous metals continued, which provided 77.6% of foreign exchange earnings from the export of all goods. The annual value of the export of ferrous metals amounted to 3 billion 54 million dollars, which is 12.2% less than in 2019. The weighted average price of a ton of exported metal decreased by 11.3%, as a result of which 389.5 million dollars of foreign exchange earnings were lost.

The decline in demand and prices affected in 2020 the sales markets not only for ferrous metals, but also for other products, and a decrease in foreign exchange earnings received by enterprises in the region was recorded across all continents, except for the Asian market.

Exports of goods to Asian countries in 2020 amounted to $ 966.6 million (24.6% of the total), which is 3.1% more than in the previous year. This was achieved due to the growth of supplies to Turkey and China.

All enterprises of Donetsk region exported products to 114 countries of the world.

Almost the same volumes of goods were sent to the Russian Federation and Turkey, but the dynamics of exports, as well as its structure, were different.

Deliveries to the Russian Federation compared to 2019 decreased by 17.5% and amounted to $ 488.5 million, or 12.4% of the total (second place). More than half (51.6%) of exported mechanical engineering products of the region were sent to Russia.

Recommended:
ArcelorMittal Kryvyi Rih purchased a new drilling rig Epiroc DM75 D
5G Ultrasonic Robot Used for Remote Treatment in Tibet
Eurasian Resources Group Supports Fund to Prevent Child Labor Exploitation in Mining Communities
On this topic
Metallurgical production of the Donetsk region of Ukraine in October increased by 8.1%
Donetsk region of Ukraine lost 422 million foreign exchange earnings due to falling steel exports
Steel production in September 2020
Metallurgists of Donbass accounted for about 80% of foreign exchange earnings of the region in the
Foreign exchange earnings from steel exports from the Donetsk region decreased by 12%
The fall in steel prices has reduced the foreign currency proceeds to the budget of Ukraine
Add a comment
Сomments (0)
News Analytics
Where and how much gold is there in Ukraine?25-02-2021, 21:28
A plot with copper deposits in the Volyn region of Ukraine has risen in price25-02-2021, 18:26
ArcelorMittal is preparing to announce another price increase in the next few25-02-2021, 18:43
Indonesian gold mine collapse kills 3 people, 5 missing25-02-2021, 18:41
MMK them. Ilyich purchased electricity from Energoatom for 26 million hryvnia25-02-2021, 13:12
Troy ounce of gold will drop $ 500 in two years - Fitch25-02-2021, 18:29
Global iron ore production growth to outstrip cumulative production in India23-02-2021, 10:22
Fitch Ratings Warns of “Shocking Impact” on Fossil Fuel Exporters18-02-2021, 14:44
Raw material prices rise by about 10.5% in January 2021 - Deutsche Industriebank12-02-2021, 10:48
JP Morgan Analysts Announce New Super Growth Cycle in Commodities11-02-2021, 17:56
Sign in with: