Foreign exchange earnings from the export of goods from the Donetsk region increased by 1.8 times

The value of the export of ferrous metals from the Donetsk region of Ukraine for 9 months of 2021 amounted to 4 billion 350.2 million dollars, which is more by 2 billion 118.8 million dollars, or almost twice as compared to January-September 2020. The main export of metal products fell on Italy, where the metallurgical enterprise Metinvest Trametal SpA operates, which is part of the Dutch holding of Ukrainian businessmen Rinat Akhmetov and Vadim Novinsky. 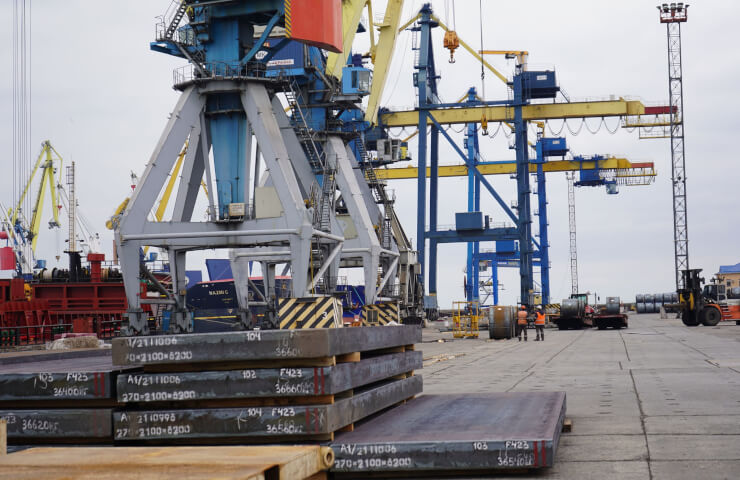 Foreign exchange earnings from the export of goods by economic entities of the Donetsk region (excluding part of the temporarily occupied territory) for 9 months of 2021 amounted to 5 billion 146.7 million dollars. As calculated in Main Department of Statistics in Donetsk Oblast , covered With military operations, the region provided 10.6% of the total value of exported goods in Ukraine as a whole and took third place after the city of Kiev and Dnepropetrovsk region.

Compared to January-September 2020, foreign exchange earnings from the export of goods by enterprises of the Donetsk region increased by 78.3%. The dynamics of the indicator since the beginning of 2021 was positively influenced by the recovery in demand, which increased compared to the previous year, despite the fact that the coronavirus pandemic continues.

In contrast to 2020, there was also a favorable trend for exporters of a significant increase in prices on foreign markets for the sale of ferrous metals, which provided 84.5% of foreign exchange earnings in the region from the export of all goods. The value of exports of ferrous metals for 9 months of 2021 amounted to 4 billion 350.2 million dollars, which is more than 2 billion 118.8 million dollars compared to January-September 2020, or almost doubled. The weighted average price of a ton of exported metal increased by 80.3%, which made it possible to additionally receive 1 billion 937.4 million dollars in foreign currency earnings. Its growth due to an 8.1% increase in the physical volume of exports of ferrous metals amounted to $ 181.4 million.

Also, in 9 months of 2021 compared to the same period of the previous year, export supplies of chemical products - by 22.8%, products from ferrous metals - by 25.8%, and finished food products - by 48.4%. At the same time, exports of engineering products decreased by 4.8%.

In the geographical structure of exports, supplies to the European market prevail, which increased 2.2 times compared to January-September 2020 and amounted to 2 billion 941.1 million dollars, or 57.1% of the total.

Export deliveries to the African continent increased by 10.8% compared to January-September 2020 and amounted to $ 124.7 million, or 2.4% of the total.

In total, enterprises of Donetsk region exported products to 110 countries of the world.

Italy is in first place, the export of goods to which for 9 months of 2021 amounted to 1 billion 296.9 million dollars (25.2% of the total), which is 2.2 times more than in the same period of the previous year. At the same time, 94.4% of foreign exchange earnings from the export of all goods by enterprises of the region to Italy are provided by ferrous metals.

Supplies of goods to the Russian Federation, which dropped to fourth place, in 9 months of 2021 amounted to $ 544.6 million (10.6% of the total), which is 48.4% more than in the same period in 2020. 60.2% of the exported mechanical engineering products of the region were sent to this country. In foreign exchange earnings from the export of goods to Russia, the share of engineering products amounted to 24.2%, while in the region as a whole - only 4.2%.