The document provides for the adoption of measures to conduct unscheduled inspections of subsoil use objects and identify illegal production, as well as cancellation of decisions on classifying information in the field of subsoil use as a state secret. 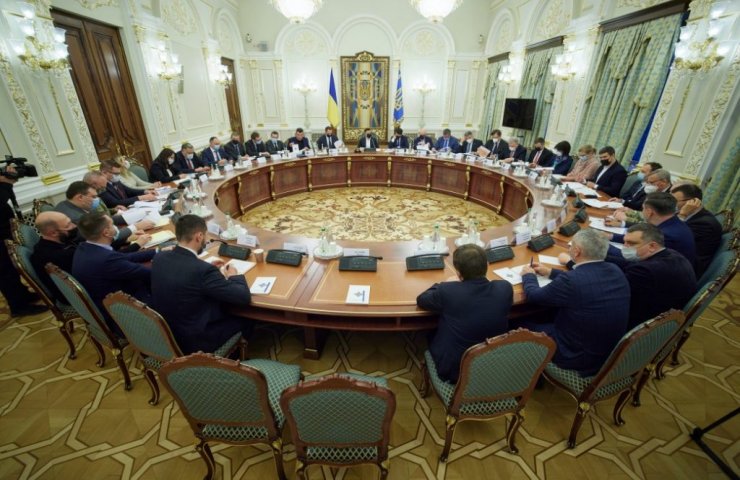 President of Ukraine Volodymyr Zelenskyy put into effect the decision of the National Security and Defense Council of March 25, 2021 "On the state of affairs in the field of subsoil use." As noted in the document, the National Security and Defense Council of Ukraine recommends that the Prime Minister of Ukraine instruct the State Service of Geology and Subsoil to ensure that in 2021 unscheduled inspections of the activities of business entities that have received special permits based on the results of testing mineral reserves without a special permit for use outside the auction subsoil for the purpose of geological study, including pilot development.

“Until March 2019, there were almost no auctions, basically there was a lottery drawing with artificially limited competition, most of the special permits were issued through approbation,” said Roman Opimakh, the head of the State Geonedr. - We regularly announce auctions. Thus, at the end of 2020, more lots were sold through the Prozorro system and at a higher price than in all previous years. Accordingly, the number of licenses obtained through e-tenders is growing rapidly, reaching 45% last year. ”

Together with law enforcement agencies, Gosgeonedram has been instructed to process information from local authorities about illegal mining in the regions.

In addition, the Head of State instructed the Cabinet of Ministers of Ukraine to provide support in the Verkhovna Rada of Ukraine for two draft laws: "On Amendments to Certain Legislative Acts of Ukraine Concerning Strengthening Liability for Illegal Extraction of Mineral Resources" (registration No. 3576) and "On Amendments to some legislative acts of Ukraine to support the development of domestic industries of subsoil use "(registration number 4187). And also to submit for consideration by the Verkhovna Rada of Ukraine bills on updating the provisions of the National Program for the Development of Ukraine's Mineral Resources Base for the Period until 2030.

Within a week, state experts on secrets will need to work out the issue of canceling decisions on classifying information in the field of subsoil use as state secrets and submit appropriate decisions to cancel the Security Service of Ukraine to make the necessary changes to the Code of information constituting a state secret.

"Not a single country in Europe uses methods of closing information about minerals," says the chairman of the State Geological Survey. - Opening and simplifying access to geological information on reserves and resources classified as "secret" and "for official use" is a very urgent issue. If we want to attract investors to large projects, we must get it moving in the near future. ”

Финансовая аналитика, прогнозы цен на сталь, железную руду, уголь и другие сырьевые товары. More news and analytics on Metallurgprom telegram channel - subscribe to get up-to-date market information and price forecasts faster than others.
Сomments
Add a comment
Сomments (0)
On this topic
The largest copper deposit in Ukraine was sold for the third time and again more expensive than the
Dnipro Metallurgical Combine to be auctioned off on June 26 via internet auction
A worker was fatally injured at the Dnieper Metallurgical Plant
Who will freeze first, if Ukraine will stop the transit of Russian gas?
Japanese Marubeni Corporation wants to mine scarce metals in Ukraine
Ukraine may attract a Canadian company to develop gas fields
Recommended:
War in Ukraine to accelerate world economy transition to clean energy - BP
Zaporizhstal Metallurgical Plant mastered eight new types of products in 2022
Prices for metal products in Ukraine increased by 26% last year
News Analytics
EU Green Deal should encourage investment in mild steel projects: Eurofer02-02-2023, 16:32
Belarusian steel plant to operate at full capacity from February02-02-2023, 16:56
British Steel considers cutting up to 1,200 jobs at Scunthorpe02-02-2023, 11:50
Electric vehicles will play a key role in US aluminum production growth - Norsk01-02-2023, 12:17
The former president of Motor Sich was accused of aiding terrorists01-02-2023, 11:39
European stainless steel producers ready to raise prices31-01-2023, 16:16
S&P: Russia will continue to dominate the steel export market in the Black05-01-2023, 11:22
Fitch Analysts Predict Big Drop in Global Steel Consumption This Year14-12-2022, 13:59
Analysts predict 5% annual growth in the iron casting market through 203006-12-2022, 12:44
Commodity prices will fall, metals quotes will rise slightly - Focus Economics28-11-2022, 13:28
Sign in with: